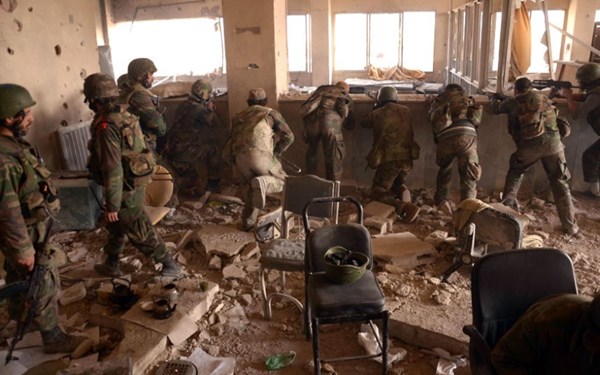 Despite the ceasefire in Syria, Bashar al-Assad's regime continues to attack the opposition forces, as reported by the Anadolu news agency.

According to the agency, Assad's army and pro-Iranian groups have been attacking the opposition's strongholds from the ground and air using heavy weapons.

As a result of the strikes, two children were killed at the Kafr Dael settlement west of Aleppo.

The opposition forces responded with artillery at the towns of Kefraya and Al-Fu'ah which are controlled by Assad’s regime in the province of Idlib and at the artillery school west of Aleppo.

Earlier, it was reported that members of the Syrian opposition called Russia to take steps to prevent the violation of the ceasefire agreement by Assad's Army.

The ceasefire agreement in Syria came into effect at 00:00 on December 30th. Turkey and Russia became the guarantors of this agreement. The agreement does not apply to the organizations that were included in the list of terrorist organizations following the UN Security Council’s decision.

Russian President Vladimir Putin said that the ceasefire agreement in Syria was achieved thanks to Turkey’s and Russia’s efforts.

The Turkish Foreign Ministry also commented on the agreement, stating that the parties involved in the Syrian conflict reached a ceasefire agreement.

The war in Syria began in March 2011, when peaceful protests escalated into an armed conflict after the military opened fire on demonstrators. According to UN data, more than 400,000 people were killed during the conflict, more than 10 million were displaced from their homes and 4.8 million people have sought refuge outside the country.