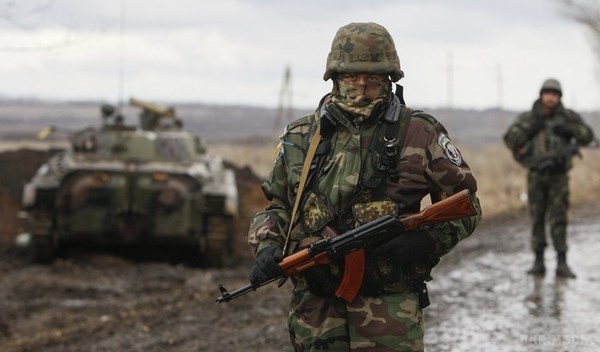 On January 25th, Ukrainian veterans began the third stage of blocking trade with the territories that are beyond the control of the Ukrainian government in the Donetsk and Luhansk regions. The first stage was preparatory, and the second was an information gathering stage. The third stage is a direct blockade of trucks and trains that will move to the temporarily uncontrolled territories in the Donetsk and Luhansk regions. The initiators of the blockade are the Donbas and Aidar volunteer Battalions.

A participant of the blockade and the former Acting Chief of Staff of the Aidar Battalion, Valentyn Lyholit, said that the veterans want to make the separatists release Ukrainian prisoners who are being held in the DPR and LPR by blocking trade. On December 16th, servicemen from the volunteer battalions delivered an ultimatum to the separatists in the Donbas demanding the release of Ukrainian military men who are in captivity. The ultimatum expired on December 26th.

A "trade blockade team" has already been established. Its chief, Serhiy Yakymovych, said that Ukraine is still trading with the uncontrolled territories. According to him, the volume of goods trafficked is approaching that of 2013.

"All products arrive from the territory of Ukraine. A "tax haven" has been created for enterprises of the occupied territories." According to the blockade participants, by the end of 2016, 65,000 permits for bulk supplies of goods from Ukraine to the self-proclaimed LPR and DPR were issued. And more than 32,000 permits were issued for the deliveries of goods in the opposite direction.

According to Yakymovych, there will be 4-5 blockade posts established in the Luhansk region altogether. Reporters will be informed about developments during the campaign, but there will be no agreements made with the local authority.

Among the veterans who are blocking trade in the LPR/DPR, are people’s deputies: Semen Semenchenko, Pavlo Kostenko, Taras Pastuh, Volodymyr Parasyuk, and Chief of Staff of the ATO Veterans, Anatoly Vynohradsky. Former Donbas volunteer battalion commander, Semen Semenchenko, wrote on his Facebook page that the Luhansk-Lysychansk-Popasna railroad was blocked near Hirske and Zolote. The first checkpoint was established on January 25th. According to Semenchenko, military personnel of the Armed Forces of Ukraine covertly support the occupied territories in the blockade campaign.

At the same time, the police have instituted proceedings due to the railway blockade between the Svetlanovo and Shypylove stations in the Luhansk region. It was reported by the press secretary of the Prosecutor's Office of the Luhansk Region, Anna Zykova. The process was initiated under Article 279 Part 1 of the Criminal Code of Ukraine (addressing the blocking of transport communications, which disrupts the normal work of transport, poses a danger to human lives, or results in other serious consequences). Such actions are punishable by a fine of 850 to 2550 UAH ($30 to $91 at 1 USD = 28 UAH), or correctional labor for up to 2 years, or arrest for up to 6 months, or imprisonment for up to 3 years.

On January 26th, the veterans established a second blockade post at the Svetlanovo station which is just a few kilometers from the line of contact.