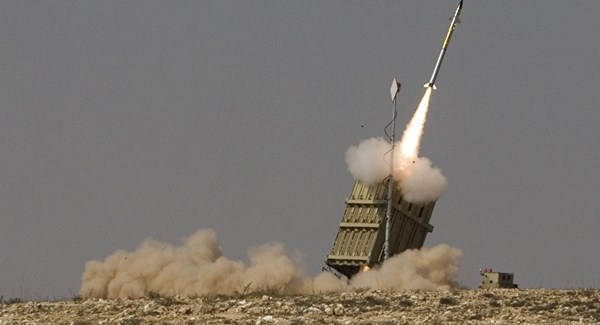 The Minister of the Defense Industry of Azerbaijan, Yavar Jamalov, stated that Israel and Azerbaijan have reached an agreement on the purchase of the Iron Dome air defense system. According to him, the agreement was reached between the Azerbaijani Defense Ministry and his Israeli counterpart. The Minister also drew attention to the growing capacity of the Azerbaijani defense sector.

“Currently, military plants, where military products (1160 items) are manufactured, operate as a part of the Ministry of Defense Industry,” Jamalov specified, noting that the Republic of Azerbaijan sells military products to many countries, including the United States, South Korea, and African countries.

Yavar Jamalov stressed that along with the production of long-range missiles, the main goal of Azerbaijan in the near future is the production of air-to-air and air-to-ground missiles. This purpose is served with preliminary agreements with companies from a number of countries, as the Azerbaijani Defense Minister explained. Earlier this week, the Prime Minister of Israel, Benjamin Netanyahu, visited Azerbaijan. Following the results of the negotiations with Netanyahu, the President of Azerbaijan, Ilham Aliyev, noted that the total value of the contracts signed by Azerbaijani and Israeli companies for the purchase of defense equipment is approximately USD 5 billion.