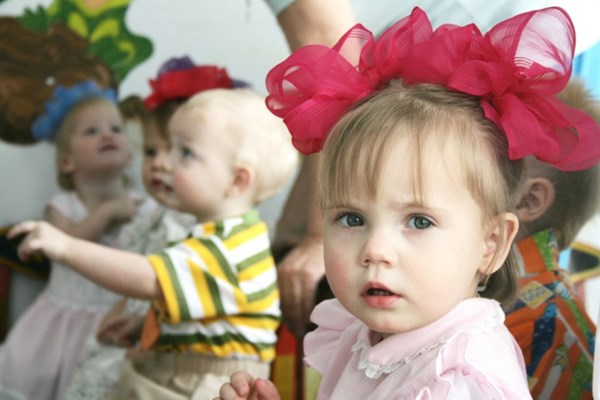 The war in Donbass forces Ukrainian women to leave their children in orphanages and shelters.

An episode aired on Ukrainian TSN channel talks about Ukrainian women who have had to leave their children in orphanages because the war took from them everything they had.

In Mariupol Care shelter there are children whose parents have submitted applications to leave them there due to their financial situations.

During the war there are many who have lost their homes and ended up on the street.

There are two children at this shelter from Shirokine, which is at the front line.  Their  mother was forced to leave them but is still hoping to get back on her feet and take her children back.

"The mother is renting a small room paying 300 hryvnas, working as a janitor and comes to visit her kids.  She is being given a chance, maybe in a year she will receive low income housing. We also have a mother who has kept the oldest child but has given up the youngest, for fear of losing both she has chosen to leave one" - says the director of the shelter Lyudmila Lazarenko.

Volunteers and military have been helping this children’s shelter.  60% of the food for the shelter is being donated by the volunteers.

There are 133 children living in the shelter although the capacity allows only 80.