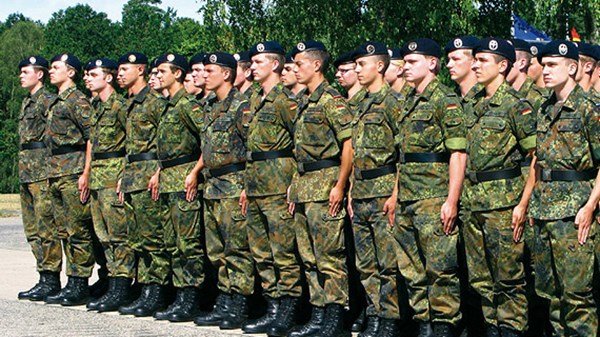 On April 29th, after a meeting with the Prime Minister of Latvia, Māris Kučinskis, the Chancellor of Germany, Angela Merkel, announced the involvement of the Bundeswehr in the policy of Russian containment along the eastern borders of NATO, Deutsche Welle reported.

“I want to emphasize the fact that it is extremely important for us to operate within the NATO-Russia Agreement,” Merkel said. At the same time, she expressed her hope to intensify the dialogue between Russia and the Alliance.

“We should constantly generate and contribute to the possibility for negotiations,” the Chancellor stated. A spokesperson for the German Ministry of Defense, Jens Flosdorff, confirmed this information at a governmental press conference on Friday.

Flosdorff clarified that different models have been discussed within NATO and only one of these models provides the option whereby Germany will take over the management of future armed entities in Lithuania and deploy Bundeswehr servicemen to its ranks along with other NATO countries.

The final decision will be made at the Warsaw NATO Summit in July 2016. Prior to this announcement, Spiegel reported that 1,000 NATO servicemen, mostly German and British soldiers would be deployed to Lithuania. According to the edition, the initial agreement on the military mission was reached during a mini-summit in Hannover with the participation of Angela Merkel, Barack Obama and David Cameron.