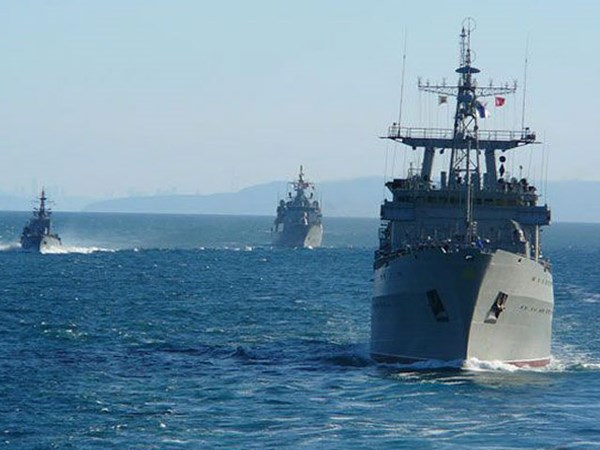 The Black Sea Fleet of Russia has started naval exercises. Their press service announced on Wednesday that the exercises would last until August 27th. According to their press release, “At the initial stage, Naval Forces will perform anti-submarine tasks, deploy anti-mine forces and carry out minefield operations.”

Crews of the mine-sweepers Turbinist and Ivan Golubets will search and destroy minefields mainly by shooting at floating mines. The guard ship Admiral Grigorovich and small anti-submarine ships Aleksandrovets and Kasimov will engage in search-and-destroy missions against hypothetical enemy submarines, which will be accomplished primarily by firing torpedoes at mock targets. The crew of the diesel submarine Rostov-on-Don will counter in a duel with antisubmarine ships.