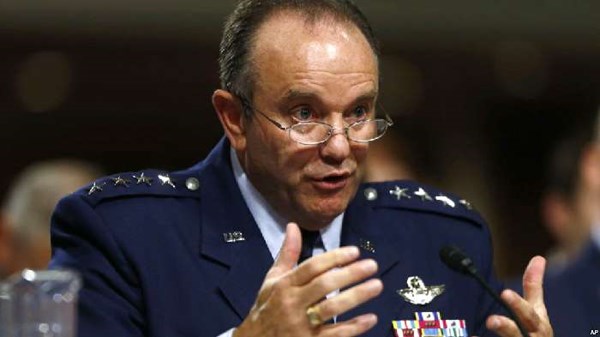 Russia poses a long-term threat for the existence of US and Europe, the head of the US European Command and Supreme Allied Commander for NATO Allied Command Operations in Europe, Philip Breedlove stated. The security situation in Europe has become more complex and serious over the past months, Breedlove noted.

Speaking to the House Armed Services Committee to report on the security situation in Europe, Breedlove pointed to a number of challenges such as Russia’s behavior, a massive influx of refugees, and terrorist threats from the so-called Islamic State. Russia isolated itself and poses a long-term threat for the existence of the United States and its allies and partners in Europe, Breedlove said to lawmakers. Russia wants to rewrite the established rules of world order, he added.

“The European Command together with its allies and partners continues to implement deterrent measures in order to counter Russia and is prepares to fight and win if necessary,” he said. Russia seeks to spread unqualified influence on bordering countries in order to create a buffer zone, the General stated. “Russia spreads its influence further in an attempt to prove itself as a leader on the global stage again,” Breedlove added.

According to the NATO Commander, Russia, despite its assurances to the contrary, does little in the fight against the so-called Islamic State in Syria. Instead, it is actively supporting the regime of Bashar Al-Assad and its allies. Russian intervention in Syria has exacerbated this problem, having changed the dynamics in both the air as well as on the ground.

”Russia and Assad’s regime intentionally use migration from Syria as a weapon in an attempt to overcome European structures and break the determination of Europe,” he said. The General emphasized how important it is that Congress continues to support the European Reassurance Initiative to ensure security in Europe that, according to him, is aimed at countering Russian aggression and other threats.

“The budget request for this year shows our strong commitment to the interests of security of our allies and partners, and our intention to further protect their homeland, he explained. According to Breedlove, it was also suggested to increase the budget for the initiative by four times, up to $3.4 billion.