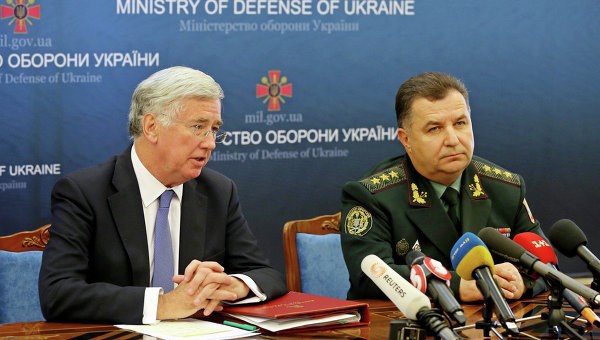 The British and Ukrainian navies plan to increase cooperation, as stated by British Secretary of State for Defense Michael Fallon at a joint press-conference with Ukrainian Defense Minister Stepan Poltorak in Kyiv, UNIAN reported.

Fallon announced that the British Navy’s Type 45 destroyers will visit the Black Sea port of Odessa in the summer. It will be the first time British warships have visited Ukraine since 2008.

The British Secretary of State for Defense also reiterated the UK’s commitment to Ukraine.

“The values of freedom and democracy cannot be traded. Britain is stepping up on the global stage and standing firm with our Ukrainian friends. The UK is sending a clear message that we are committed to defending democracy across the world and support Ukraine’s sovereignty, independence and territorial integrity,” Fallon stated.

The two ministers also discussed expanding the involvement of British specialists in helping to reform the Ukrainian military, with the goal of bringing it up to NATO standards.