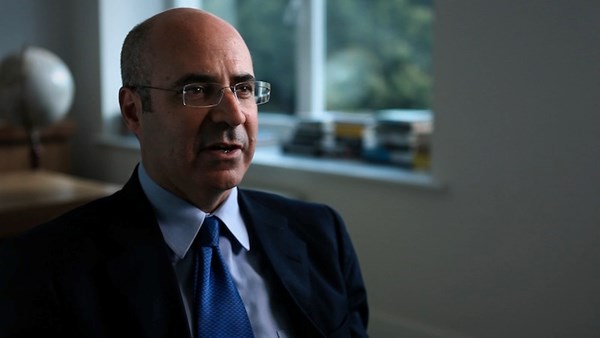 William Browder, the British banker and founder of the Hermitage Capital investment fund, in an open letter to David Cameron, wrote that if Russian President Vladimir Putin isn’t made to answer for the murder of Alexander Litvinenko, political murders of Kremlin critics in the UK will continue.

“Dear David Cameron! I’m writing on behalf of all British activists who fight for justice against dictators around the world,” wrote Browder in the letter published in The Guardian.

“Your government’s decision to not punish Vladimir Putin and senior members of his regime for the murder of Alexander Litvinenko will put the lives of many UK activists and regular citizens at risk”, the banker stated.

“Putin and others like him look for weakness wherever they can find it, putting diplomatic and business relations with Russia above criminal justice and public safety is a sign of weakness that will surely lead to more killings on British soil”.

Addressing the British government’s response to Litvinenko’s murder, Browder mentions that if the attack had been carried out in the name of Islam, the repercussions would have been much more severe.

“Had this attack been perpetrated by ISIS or al-Qaida, there would be bombing runs, huge intelligence and pledges to never let it happen again. However, because this was done by Putin’s Russia, the only response will be a strongly worded communication of disappointment”.

The banker emphasized that a proper retaliation against Russia would be further visa sanctions and asset freezes on top Russian officials.

“But there are actions which would send Putin a stern message and allow you to continue to talk to Russia on important geopolitical issues. The main tool you have is imposing visa sanctions and assets freezes on top Russian government officials who bear responsibility for the Litvinenko attack. This would strike at the Achilles heel of the Putin system.”

“While these people commit crimes at home, many of them keep their ill-gotten gains in London. By taking away that it strikes right at the heart of their corrupt system and makes them pay a real price for their crimes.”

The likelihood of such a retaliation against Russian officials, however, is dubious, as the British government’s behavior towards the Kremlin over the 9 years since Litvinenko’s death has been disappointing.

Russian wealth has permeated Britain’s upper society more than any other Western country. The Economist reported last year that the amount of money that Russian oligarchs have pumped into “Londongrad” means that Cameron’s government will never crack down on them, and they are allowed to act with impunity.

Moreover, Russian companies have a strong presence in the UK. 28 Russian firms with a market value of more than $370 million are listed in London’s main while only two such Russian companies are located in New York. Similarly, BP owns nearly 20% of the Russian state oil company Rosneft, which is controlled by Putin’s ally Igor Sechin.

The likelihood of the Cameron administration jeopardizing any of these relationships is close to zero, and any significant repercussions for Litvinenko’s murder will be nonexistent.