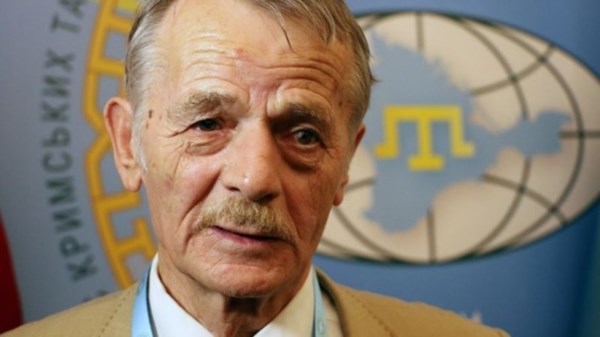 The repressions will continue in the annexed Crimea because that is the way the Kremlin maintains its hold on power in the peninsula. This was said by the People's Deputy of Ukraine, leader of the Crimean Tatar people, Mustafa Dzhemilev in an interview with Focus magazine, published on March 1.

"The basic strategy of Moscow is not just to punish those who have committed a “crime” but to intimidate the whole community; they quickly find grounds for oppression afterwards. Under the free expression of popular will, their power has no chance to hold out long in the Crimea unless they resort to repression," Dzhemilev said.

He recalled the repressions of the lawyers who defended Crimean activists, including the case of Nikolai Polozov, and noted that, "most of all, the invaders are concerned about publicity."

"Why did they decide to interrogate Nikolai Polozov about the case of his own client Ilmi Umerov in violation of all Russian legislative regulations? Only in order to knock him out of the case and to prevent him from making the Umerov process as loud and revelatory for the chastisers as he was able to do in the Ahtem Çiygoz case. Now, another lawyer, Mark Feygin undertook the defense of Ilmi Umerov and we are wondering what kind of mean tricks the FSB is now preparing for him," Dzhemilev noted.