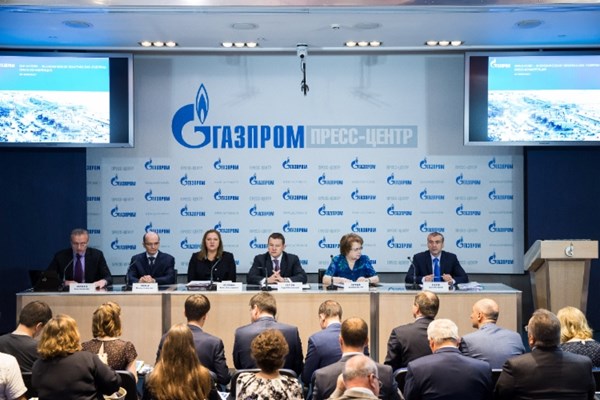 Gazprom claimed that the Anti-Monopoly Committee of Ukraine (AMCU) has no authority to regulate the  of Russian gas through Ukraine. This was reported by Interfax, citing the press service of Gazprom on Friday, January 22nd. The Russian gas giant said that the decision of the AMCU to impose a $3.47 billion fine upon Gazprom was an "attempt to exert pressure."

"This arouses extreme because Gazprom does not carry out any business activities on the territory of Ukraine by passing natural gas on the western border of the Russian Federation to NJSC Naftogaz Ukraine. Such a decision by the AMCU could have no other purpose, except as an attempt to put Gazprom under pressure,” the company said.

Earlier on Friday, the Anti-Monopoly Committee of Ukraine Gazprom for abusing its dominant position in the market of gas transit in Ukraine. On January 19th, Gazprom billed Naftogaz $2.5 billion on basis. The Ukrainian company actually refused to pay Gazprom, considering the conditions of "take-or-pay" illegal. Naftogaz said that the court will determine the legality of Gazprom’s claims.