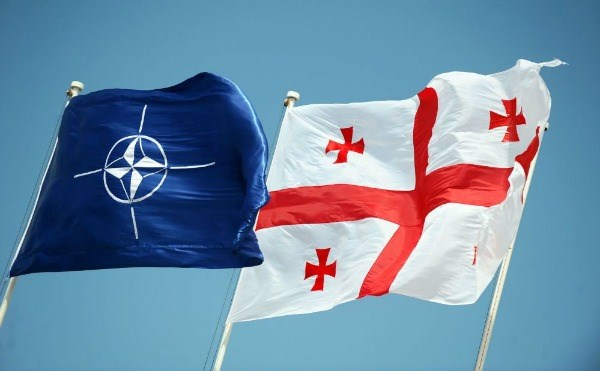 The Head of the Ministry of Defense of Georgia, Tinatin Khidasheli, will take part in the North Atlantic Treaty Organization (NATO) meeting, which has already begun in Brussels.

It was reported today that the city of Tbilisi can join the NATO-created security system of the Black Sea region.  Georgia can now also play its part in ensuring the security of the region.

Khidasheli mentioned that with Tbilisi joining the system, it will assist in the process of strengthening the capacities of NATO in the Black Sea region.  She also noted that just because Georgia is not a member of NATO, the country cannot remain on the sidelines.

“The security of the Black Sea is one of the most urgent issues.  This matter appeared on the agenda of NATO after the occupation of Crimea.  Three NATO member states and two partner countries are situated in this region.  Naturally, it is impossible to build a new system of security architecture without the participation of all partners.  Our task is to make Georgia a full and equal partner of the security system of the Black Sea region,” Khidasheli concluded.

Khidasheli also mentioned that it wasn’t just a desire of Tbilisi to join this system, but it was also a desire of the partners of NATO.  The Secretary General of NATO, Jens Stoltenberg, confirmed this during today’s speech.

“NATO has already increased its presence in the Black Sea and we are closely following the development of events in the region.  We have not only increased naval presence, but we also have observation systems.  Our forces are present in Romania, Bulgaria and Turkey.  We also work closely with our partner, Georgia.  It is a very close cooperation, which has to do with what we see in the Black Sea region,” Stoltenberg stressed.

In addition, Stoltenberg stated that it was time for Georgia to prepare for a NATO membership as it has all of the necessary practical tools.  However, this does not mean that Tbilisi can get a Membership Action Plan (MAP) at the forthcoming NATO Summit, which will be held in Warsaw in the summer of 2016.

This is due to the fact that the NATO Secretary General’s Special Representative for the Caucasus and Central Asia, James Appathurai, has stated that there is no consent on the provision of a MAP to Georgia among the NATO member states.  The representatives of Georgia decided not to comment on the words of Appathurai as they would not like to preempt any further actions.

However, Georgian experts shared their views on this situation with Ekho Kavkaza.  The Executive Director at the Atlantic Council of Georgia, Giorgi Muchaidze, believes that it is too early to talk about the possibility of a provision of a MAP to Georgia as the position of separate NATO member states can be changed over the next few months.

“It is worth mentioning that the receiving of a MAP is not our main purpose.  Our ultimate goal is to join NATO.  Specific obligations were imposed on us and we have to fulfill these obligations qualitatively and as quickly as possible.  Against this background, a consensus will be reached among NATO member states as to whether or not they will provide us with a MAP and accept us into NATO,” Muchaidze stated.

Georgian military analyst, Temur Chachanidze, has not dismissed the fact that NATO may intentionally slow down the process of the provision of a MAP to Georgia. According to Chachanidze, this may be done for the safety of Georgia.

“The relations of Russia and the West have worsened to such an extent that NATO is probably trying to ward off a potential threat to Georgia.  Against a backdrop of obvious cooperation with NATO, Georgia can become the next victim of Russian aggression.  However, Georgia may also fail to obtain a MAP because it has not fulfilled all imposed obligations,” Chachanidze summarized.

Following the meeting in Brussels, Khidasheli will travel to Munich participate in the Munich Security Conference.