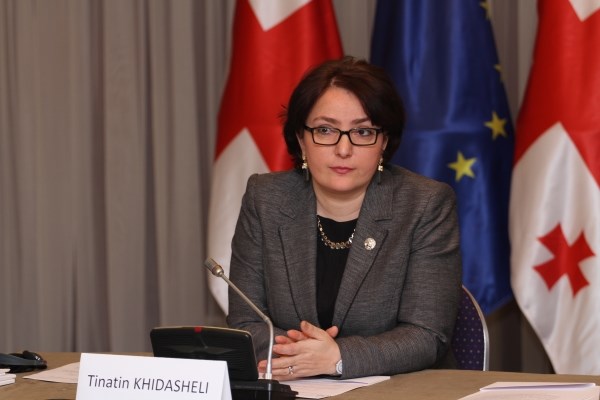 The Defense Minister of Georgia, Tina Khidasheli, has stated that the Russian representative to the OSCE had publicly made a number of incorrect statements in his address. These statements were regarding Georgia's plan to join NATO, as reported by Ekho Kavkaz.

In an interview on Saturday, Khidasheli said that the Russian official called Georgia’s plans to join NATO “unrealistic” and added that these plans will change after Georgia’s 2016 elections.

“The Russian representative, as well as many of his colleagues, do not like the unequivocal commitment of the current authorities of Georgia to return to the European family and become a member of the world security system, which was created by NATO.  He was unable to hide his opinion, and openly said it out loud, reprimanding me for having unrealistic plans and goals,” Khidasheli said.

According to Khidasheli, the Russian official made these statements last week during a meeting of the OSCE while in the presence of 54 other representatives.