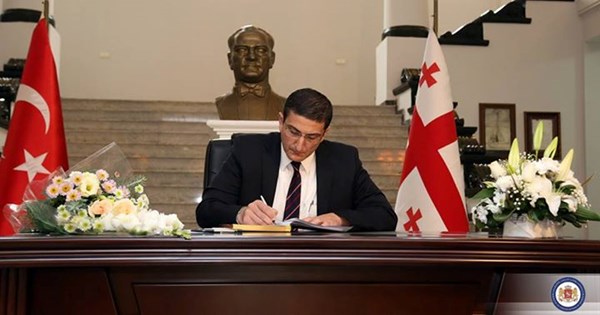 Kolabadze, a correspondent of Radio Liberty, reported that the Georgian diplomat made his remarks at a presentation of "Hard and Soft Russian Threats in Georgia" at the non-governmental organization "European Initiative—Liberal Academy Tbilisi” project held in the capital under the patronage of the Marshall Fund of the United States.

According to Gigiadze, any countries seeking to counter Russian propaganda need to work out special methods for doing it. "I believe, owing to the threat the country must step up. Our meeting is aimed to achieve this goal,” he stated.

Their report claimed that Russia "is trying to affect the political space in Georgia and change Western direction for development with the help of integrated methods.” As a result, "pro-Russian sentiments are growing in the country, especially in the regions where the national minorities live and get information through Russian channels.” Moreover, "Russian soft power,” according to the authors, comes from different sources like other non-governmental organizations, most of media, the Orthodox Church and a range of political parties funded by Moscow. "Russia occupies a significant part of Georgia and is constantly placing pressure on the country using both hard and soft power,” the liberal academy experts noted.

The authors of the report suggest that the Georgian government takes coordinated measures in different directions in the face of "Russian threats.” Earlier, a number of NGOs, and civic activists asked the Georgian government to prohibit the  of Russian channels controlled by government agencies including Gazprom. However, the proposal was rejected due to its "non-democratic" character.