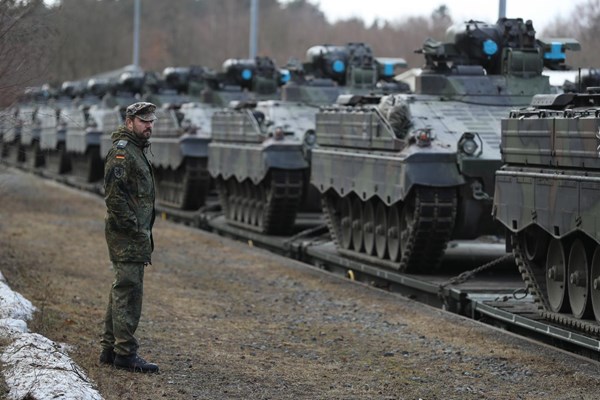 A heavy machine division of the Bundeswehr successfully reached Lithuania on Friday, February 24, a representative of the German armed forces reported. Twenty Marder infantry fighting vehicles and six Leopard 2 tanks were delivered by rail to Sheshtokai station. From Sheshtokai they were transported to their place of permanent deployment at the Rukla military base.

Transports of the heavy machine division to Lithuania took several days. On February 21, part of the division departed from Grafenwöhr, Bavaria. Thus, Germany has completed material provision of the base in Rukla. Starting from mid-January 120 military cargo containers and 200 vehicles were sent to Lithuania. About 300 German soldiers are already on base, another 150 will be relocated there in the near future.

At its July summit NATO decided on the deployment of four NATO battalions to the eastern flank in the Baltic states and Poland as a guarantee of their safety against the backdrop of Russia's actions in Ukraine.