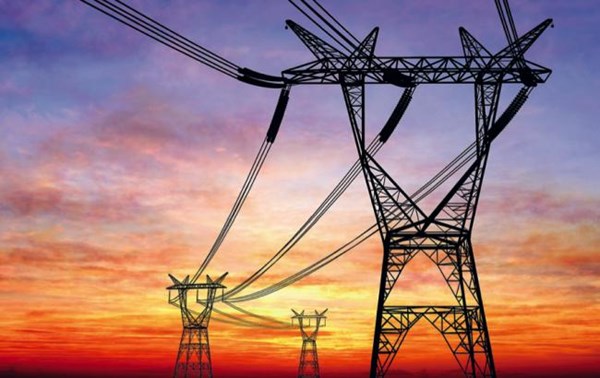 Last night, 1, 9 million residents of Crimea have remained without electricity as a result of PTL (Power Transmission Line) power pylons bombing in Kherson region. Now, Crimea, isolated from Ukraine’s power system, makes the transition to the autonomous power sources. Though, these power sources can provide at most a half of the desired capacity. Residents were asked don’t switch on heating devices and comply with rolling blackouts. The Crimean peninsula will be able to gain its energy independence at least in a year.

1.9 million residents of Crimea have been without electricity since Saturday night because power transmission lines were bombed in the Kherson region. Now isolated from Ukraine’s power grid, Crimea is making the transition to autonomous power sources. However, these alternate sources can only provide about half of the desired capacity. Residents were asked not to switch on heating devices and to comply with rolling blackouts. It would take at least a year for the Crimean peninsula to regain its energy independence.

Crimea became effectively isolated from the Ukrainian power system two PTL (Power Transmission Line) power pylons, Kakhovskaya-Ostrovskaya and Kakhovskaya-Dzhankoy were taken out by the attack.  The Ukranian Ministry of the Interior reports that a total of four pylons were destroyed in the Kherson region from Saturday night through to Sunday. According to the adviser to the Ukrainian Interior Minister, Ivan Varchenko, the region can survive without electricity.

“Currently, four PTL power pylons are destroyed and we understand that this imperils the electricity supply of the entire Kherson region territory,” said Varchenko. Simferopol, Sevastopol and other major cities of Crimea were left without power. The Prime Minister of the Republic of Crimea, Sergey Aksenov reported on his Facebook page that the peninsula’s power system can work in isolation. Emergency power management was imposed on the territory.

The headquarters for emergency administration has begun its work. 24 hour surveillance has been established at all strategic facilities and for authorities of all levels. All strategic and socially significant facilities have been directly connected to the power supply and now run on an approved schedule. This is the second time over the past three days that Ukrainian power transmission lines supplying Crimea have been damaged.

Early Friday morning on November 20th, the Melitopol-Dzhankoy and Kakhovka-Titan power pylons fell. Ukrenergo’s reported on their website that the damage happened as a result of shelling or the use of explosives. The report also mentions that attempts were made on October 20th to damage the power pylon Melitopol-Dzhankoy. Since then, Crimea has lost 30% of its electricity.

Prime Minister Aksenov reported that repairs in Ukraine have not been completed. “In general, we restored electricity to 30% capacity. Criminal proceedings will be initiated in response to the recent events. Ukraine isn’t looking for someone to blame; they have done it themselves,” said Aksenov. According to him, even after the destruction of four power pylons the electricity reserves from alternative power sources should be sufficient for a month.

“Fuel reserves will be enough for 701 hours (29.2 days) of operation at nominal power,” reported the Russian Ministry of Energy. However, authorities have already imposed emergency measures and called on residents to save electricity. Schedules of power rationing and water outages for the people of Crimea were addressed.

“Unfortunately, rolling blackouts will happen throughout Crimea. We can’t avoid it. In the near future, all schedules will be announced to the people,” stated Crimea’s Deputy Prime Minister, Mikhail Sheremet, who heads the Commission on elimination of emergencies. According to him, even under the most favourable conditions Crimea can receive only half of the energy from its own sources.

In order to save energy, street lights will be switched off at night until the situation is fully normalized. “We ask Crimeans to please avoid using heating devices. The warm weather on the peninsula makes up for it,” added Aksenov.  Authorities anticipated irregularity of communication lines and the Internet. Minister of Communications Nikolai Nikiforov reported on his Twitter that several dozen key base stations for cellular communication in Crimea and Sevastopol were equipped with independent generators. The rest of them are battery-operated.

On the other hand television was transferred to an autonomous power supply and will work around the clock. Kindergarten schools were suspended since Monday due to the power failures. Authorities noted that preschool institutions aren’t able to provide children with hot meals because all food is cooked on electric stoves. Trolleys are suspended in Sevastopol due to the emergency. Buses will be the main transit line instead.

Simferopol Airport has already transferred to reserve power supply and works on schedule. At the local forums Crimean residents are advised not to switch on powerful electric devices in morning or in the evening when consumption is at maximum. It’s recommended to use heaters at night or in early hours of the morning.  If gas cookers are available then the use of electric stoves must be avoided.

Crimea’s main strategic weakness is the absence of its own sources of water and power. After relying on Russia, Crimea has become a hostage of water and energy supplies from the Ukrainian. More that 70% of consumed energy is provided by Ukrenergo supplies but in case of emergency it won’t be able to provide even half of the capacity needs. The director of the Energy Development Fund, Sergey Pikin stated that it’s too early to speak about Crimean energy independence.

Crimea still lacks 670 MW of capacity. According experts, generation is at full load and authorities even put into operation mobile gas turbine units. However, the weather favors the current situation—Crimean residents don’t need to switch on heating devices. “Currently, we can’t do without Ukraine. There are no other options. The first cable line through the Kerch Strait will be launched in a month but it won’t fully solve the problem because its capacity is to be 400 MW,” stated Pikin.

According to analysts, Crimea can become energy independent only after at least a year when a second power line of similar capacity is launched. Earlier, Crimea faced power supply disruptions from Ukraine. Last September, Ukrenergo had already limited energy supplies to the peninsula because of insufficient fuel at TPS (Thermal Power Stations) and shortages at water-sourced power. The limit of the power flow was 300 MW during peak periods, 500 MW in during the day and 600 MW in the evening.

Besides, Kiev still depends on power supplies from Russia. In early 2015, the Ukrainian government bought 1.5 GWh of energy from Russia which was to be supplied to Kiev throughout the whole year. The Ministry of Energy of Russia didn’t disclose the price of Russian energy but the Ministry of Energy and Coal stated last December that Kiev is ready to import electricity at $43.5 per MW.

In November, Ukrenergo stated that in November Ukraine will finally stop importing energy from Russia after the construction of the PTL Rovno-Kiev, which has a capacity of 750 KW.