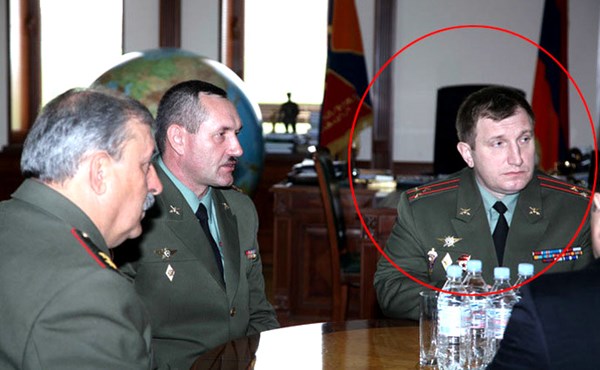 Ukrainian intelligence reports have suggested that the commander of the pro-Russian 2nd Motorized Rifle Brigade in eastern Ukraine, Colonel Nefedov, is in fact Russian Army Colonel Andrey Ruzinskiy. This information was disclosed in the Chief Directorate of Intelligence's report on Tuesday.

“In his capacity as the commander of Russia’s 102nd army based in Gumri, Ruzinskiy provoked the escalation of the Azerbaijani-Armenian conflict. Andrey Ruzinskiy stated the need of a resolution of the Nagorno-Karabakh conflict by force. The Russian Colonel was also personally involved in a situation in which an Armenian family was shot by soldiers serving under him”, the Chief Directorate noted.

Intelligence sources suggest that Nefedov/Ruzinskiy was sent to Ukraine in March of 2015.