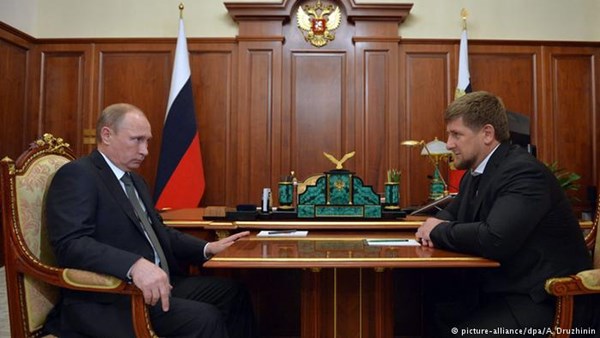 At a meeting with Russian President Vladimir Putin, Head of the Chechen Republic Ramzan Kadyrov denied Russian media reports about the detention and killing of residents of the Republic suspected of homosexuality.

"I want to report to you that those provocative articles regarding the Chechen Republic, about the events that we are having; allegedly there are detentions, gentlemen – ‘good people’ write that we have detentions in the republic. Even talking about it is uncomfortable. Allegedly, people are detained there, they are killed; they even named one [person by] surname," said Kadyrov.

According to the head of the Republic, the person he mentioned who was written down as killed, was eventually found at home.

"They first insulted him directly, and then made the accusation that the authorities killed him; and he is alive, healthy and at home. There are such unconfirmed facts in the Republic two or three times a year," Kadyrov stressed.

Who exactly Kadyrov had in mind was not reported. According to Meduza, the publications of Novaya Gazeta and other media written in April 2017 about the persecution and murders in Chechnya of men suspected by local law enforcement officers in homosexuality did not name the victims or the dead.

Kadyrov and Putin's talk regarding "provocative articles" about Chechnya was also reported by TASS and RIA Novosti, citing the same quotes. The Kremlin website reported no news about the president's meeting with the head of Chechnya at the time of publication.

Previously, the media reported that in Chechnya, about 100 people suspected of homosexuality have been detained; at least three people have been killed because of sexual orientation.