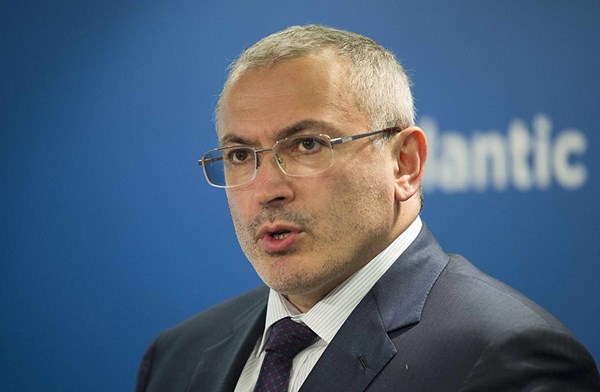 Revolution in Russia is inevitable and necessary.  Former Yukos Oil Company CEO, Mikhail Khodorkovsky stated it unequivocally during an interview from London that was broadcast on the "Open Russia" website.

“Russian society needs to admit that there was an anti-constitutional coup in the country, and that Parliament has adopted illegitimate, repressive laws,” Khodorkovsky said.  “In the absence of the institution of fair elections and other mechanisms of legitimate power change, the only solution is a revolution."  He stressed that it is necessary "to ensure the most peaceful transition."

According to Khodorkovsky, after the change in government there will be an urgent need to restructure many areas of public life such as education, science and law enforcement.  He noted that available funds for these efforts must be used wisely "rather than buy the loyalty of rogues in uniform."  Khodorkovsky also calls for the deliberate disregard of illegitimate laws.  According to him, the reserves of the Russian authorities will last only until 2017.

Khodorkovsky envisions himself as providing options to the community and creating platforms for discussing the future of a free country.  It was for this purpose that the "Open Elections" project was launched.

Khodorkovsky also commented on his challenges to the Investigative Committee of Russia.  He denied any involvement in the murder of Nefteyugansk Mayor Vladimir Petukhov in 1998.  According to the former CEO of Yukos, the new charges are related to the authorities' attempts to "change the agenda".  Open Russia’s activities cause endless irritation to the authorities, he said.

"To charge me on New Year’s Eve is an old tactic,” Khodorkovsky said.  “There is more than enough information about the case.  The murder was disclosed and committed in the same year, 1998.  The perpetrators were found and arrested, then mysteriously released and killed.  The false charges and incarceration of Yukos employees happened only after my speech about corruption in the highest echelons of power, which President Vladimir Putin did not like.”

A spokeswoman for Khodorkovsky, Kulli Pispanen said that the former Yukos CEO will not participate in the investigation.  "Participate in this farce? He has already played with them for 10 years," she said.  Pispanen added that Khodorkovsky is out of prison and that he does not have lawyers in Russia.

Dmitry Peskov, the Press Secretary of Vladimir Putin commented on the case.  According to him, when the President pardoned Khodorkovsky he did not have the data that investigating authorities now have.  At that time there were only suspicions, Peskov said.