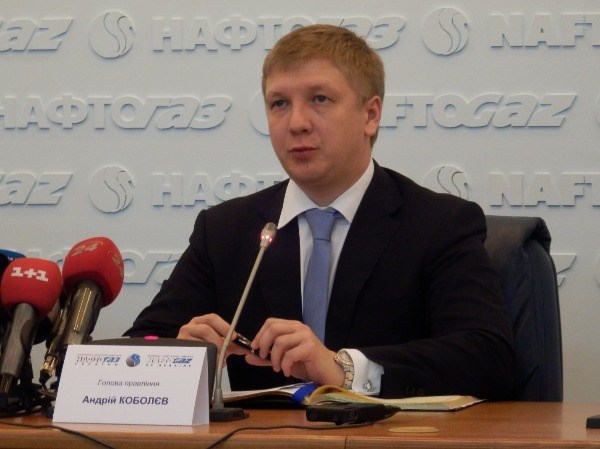 The Chief Executive Officer of Ukrainian state energy company Naftogaz, Andriy Kobolyev, stated in an interview with Reuters that the European Union should block the Nord Stream-2 gas pipeline project that will give the Kremlin geopolitical and financial leverage against Germany, Poland and Slovakia.

“We urge our European partners to make efforts to look not on immediate consequences but to take one step further and look at what will happen later after the launch of Nord Stream-2,” Kobolyev said. According to him, the annual capacity of the planned underwater gas pipeline, which is 55 billion cubic meters, will result in the equivalent fall in the volumes of gas that are now pumped via Ukraine and Poland. In addition, it would completely destroy that supply route.

“I don’t think that it has anything to do with diversification or improvement of reliability of supplies. This means strengthening the dominant position of Gazprom in this part of Europe,” Kobolyev stated. According to him, Ukraine remains one of the most consistent opponents to the Nord Stream-2 gas pipeline project. He noted that European countries should be more careful in decisions that lead to strengthening their dependence on Russia.

In late October, the European Commission allowed Gazprom to increase its available capacity for pumping gas through the OPAL gas pipeline, which links Nord Stream with the gas transportation system of Central and Western Europe. Only 50% of pipeline capacity was previously available to the Russian gas monopoly.

The decision of the European Union allowed the Russian company to get access to an additional 32% of gas pipeline capacity and thus increase export supplies by more than 9 billion cubic meters via this channel, bypassing Ukraine.

Kobolyev has previously stated that Gazprom’s access to OPAL can reduce Ukraine’s gas transit revenue from $425 million to $290 million. In early December, the Polish energy company PGNiG appealed the decision of the European Commission in court.