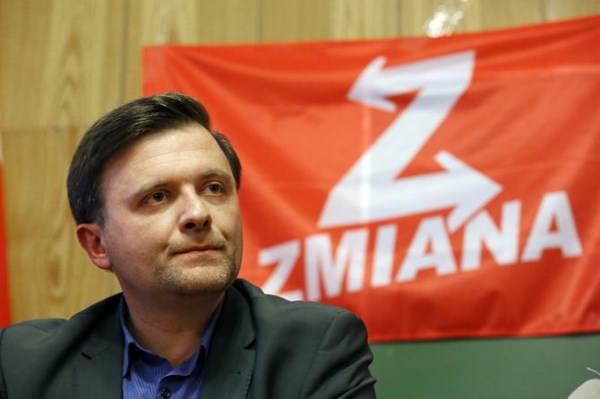 Polish radio reports that the Agency of Internal Security of Poland arrested Mateusz Piskorski, leader of the pro-Russian party, Zmiana. According to the media reports, the Special Services raided the party office and the premises of some of its leaders.

The party itself also reported the raid through Facebook. "This morning the employees of the Internal Security Agency raided the premises of Zmiana`s party members, seizing hard drives, storage media and documents,” the message stated. Two members of the party, Tomasz Jankowski and Konrad Rekash, were detained on suspicion of espionage.

The newspaper recalled that after the annexation of Crimea by Russia, Mateusz Piskorski said that the Russians "don't want a conflict, but I demand respect for their state, which brings to life an ambitious project of the Eurasian integration.”

Piskorski was a frequent guest of the Russian TV channel “Russia Today.” He also often traveled to the Donbas region. Piskorski was an observer at the elections in 2014 in the Crimea and also in the self-proclaimed "republics" on the territory of Luhansk and Donetsk regions.

According to the Security Service of Ukraine (SBU), Piskorski is a persona non grata in Ukraine.