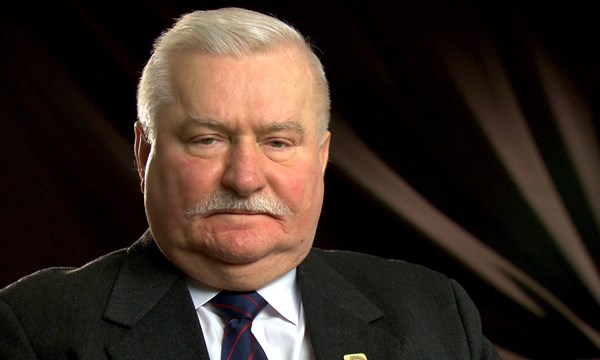 In an interview with Radio Svoboda, he commented on the incident with the simulated attack on the USS Destroyer Donald Cook. "We should remain resolute and not tolerate such behavior. Otherwise, they’ll win. If I were the commander of this ship, I would order to shoot them. Not to destroy them, but to drive them off,” Wałęsa said.

At the same time he noted that Russia doesn’t want an open conflict with NATO. "Russia’s weapon is ‘scare and blackmail.’ Russia cannot afford a conflict as it is too expensive," Wałęsa added.

In April, two Russian Su-24 bombers flew dangerously close to the missile destroyer Donald Cook in the Baltic Sea several times. On 12 April, a KA-27 Helix helicopter conducted seven circles at low altitude around the American ship at about 5 p.m. Later, two unarmed Su-24 jets made 11 close range and low-altitude passes by the ship ignoring repeated safety advisories issued by the destroyer in both English and Russian.

U.S. Secretary of State John Kerry condemned this kind of behavior and reminded that under the rules of engagement they could have been shot down.

On 8-9 July, the NATO Summit will take place in Warsaw. The Polish Minister of Defense, Antoni Macierewicz, stated that the Alliance will make a decision that will make Russia withdraw from Ukraine.