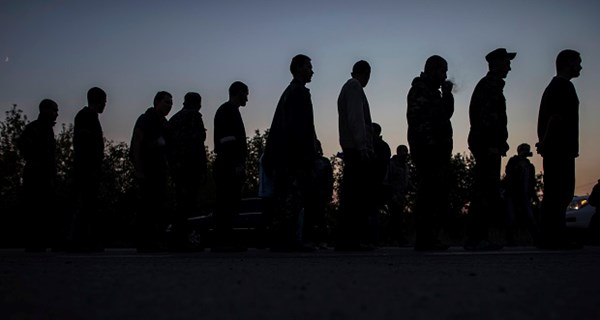 In a special message to the Luhansk Information Center, The head of the self-proclaimed Luhansk People's Republic, Igor Plotnitsky, promised the release of Ukrainian prisoners.

"On Christmas eve, honoring the spirit of Christmas, I ordered the release of Ukrainian servicemen being held in the LPR. I am sure that the light of Bethlehem star and Christmas prayers will help Kiev come up with an appropriate reciprocating gesture. We are ready to resolve all differences at the negotiating table, without bloodshed and without the tears of mothers and children," the statement said. The number of prisoners to be released was not specified.

Later, Plotnitsky made a different statement. According to him, Kiev did not respond to the exchange offer. "To my great bewilderment, our goodwill found no response from the representatives of the Kiev authorities. All attempts to contact the authorized representatives of Ukraine to transfer prisoners of war have failed," Plotnitsky said.

Previously the Commissioner of the President for the Peaceful Settlement of the Situation in Donetsk and Luhansk Regions, Irina Herashchenko, said that 140 people are still held captive by the separatists in the Luhansk and Donetsk regions and "it's getting increasingly difficult to get them out."

"The militants are blackmailing Ukraine using the most painful leverage people that they've imprisoned. They keep trying to tie it somehow to the amnesty, then talk about some strange lists, then lie, saying that they are unaware about the number of people they held hostage or name too small a number," the Commissioner said. According to her, at the moment 762 people are on the list of missing persons.

The release of hostages is one of the major issues in the negotiations of the tripartite contact group that tries to resolve the situation in the east of Ukraine. Implementation of the principle of exchange "all for all" as registered in the Minsk Agreement has not yet been successful.

On February 21, ten days after signing of the Agreement, a major exchange of prisoners took place. In exchange for 140 Ukrainian military personnel the government released 52 supporters of the "people's republics" of the Donbas. However, since then the negotiations on the exchange have run into major difficulties. The exchanges de-escalated to a per-person basis.