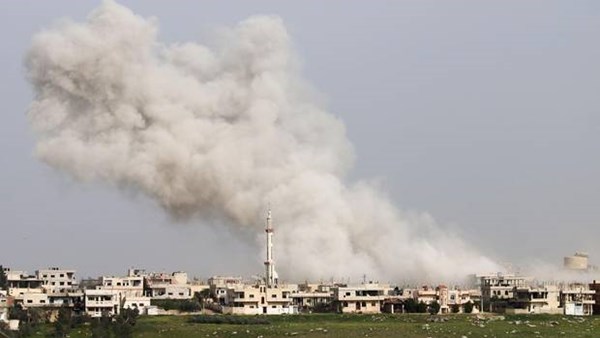 The Syrian Observatory for Human Rights has reported that military aircraft of Assad's forces dropped barrel bombs in areas of the Hama province, which is controlled by rebels.

The organization noted that a number of bombs were dropped on the cities of Tayyibat al-Imam and Soran, located north of Hama, in an area where in March insurgents carried out a large-scale offensive led by jihadist groups.

The head of the Syrian Observatory for Human Rights, Rami Abdulrahman, said that the number of bombs dropped by government military aircraft was relatively small. According to Reuters, the UN investigators regularly record their use by Assad forces.

However, a source from the Syrian Army denied the report by the human rights activists, saying "the Syrian Arab Republic has no such bombs."

According to Turkish Anadolu news agency, the forces of the Assad regime have conducted rocket and mortar shelling of villages in the vicinity of the Lazkiye and Idlib provinces. The news agency claims that the most recent blow to the province of Idlib was inflicted by the Russian Air Force, and resulted in the death of three and wounded eight people.

Barrel bombs are metal barrels for petroleum products or cylinders that are filled with explosives and shrapnel, the use of which leads to large-scale destruction.