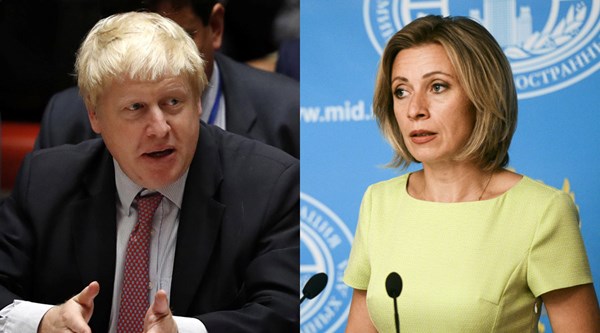 British Foreign Minister Boris Johnson is furious over information that an official representative of the Ministry of Foreign Affairs of the Russian Federation, Maria Zakharova, is a guest at a reception at the UK House of Commons.

As was reported by The Daily Mail, the event was organized by Tory MP Daniel Kawczynski. The Politician is known for his loyalty to Moscow.

The article has been already been commented on by Zakharova herself, noting that she refused the invitation.

“The newspaper devoted the whole page to this topic. I can imagine what it would be like if I went there… I’m announcing a cartoon competition. “Boris Johnson is furious due to Maria Zakharova being invited to a gala evening at the House of Commons,” the representative of the Ministry wrote on Facebook.

At the same time, according to the British newspaper, Margarita Simonyan, editor-in-chief of the TV channel RT, which in Britain is considered a propaganda resource for the Russian authorities, attended the reception.