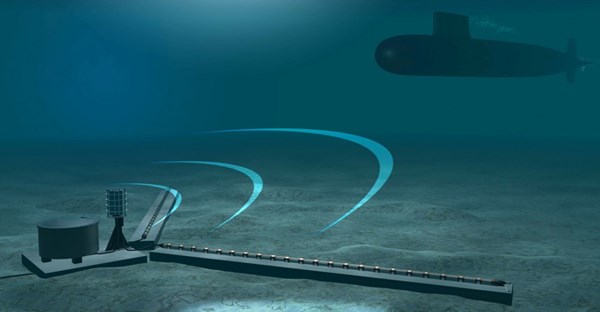 According to Russia’s Izvestia daily, the Russian ministry of defense has begun the deployment of an underwater hydro acoustic surveillance system. According to Izvestia, the system will be able to make entire regions of the world's oceans “transparent”, detecting all ships, submarines and even low flying aircraft. The system with the code name “Harmony” is based on the use of special robotized underwater modules which are deployed from submarines and when reaching the ocean bottom turn into powerful hydro acoustic stations.

These stations will transmit the information to the control center over satellite channels. According to Izvestia’s sources, some components of the system have already begun their operation and the system is expected to be fully deployed before 2020.

The underwater stations are the key elements of the system. They will be deployed to the bottom of the ocean covertly by special submarines. When placed at the bottom of the ocean the stations will open hydro acoustic antennas. They will be able to conduct passive monitoring, trying to capture the surrounding situation by listening to the specific noises produced by the engines of ships, submarines and aircraft. The stations can also produce sound signals with which they can detect and classify both ships and submarines.

“A special purpose submarine Sarov can be used for the deployment of these seabed stations,” states Izvestia citing the editor of Militaryrussia.ru military portal Dmitriy Kornev.

Kornev pointed out to unconfirmed information that there is reportedly testing underway on Sarov submarine with some underwater robots.  According to him, the new nuclear submarines Belgorod and Khabarovsk that are currently being built can also be used for such underwater deployments.

Naval analyst Dmitry Boltenkov believes that such underwater stations would be very expensive and most likely they will be built for multiple uses. Special service facilities will have to be built where it will be possible not only to replace the batteries but also to check the sophisticated electronic equipment and mechanical parts.

According to Boltenkov, it is likely that there are already some underwater stations that have been tested on Sarov submarine. “There is already a temporary control center and service facility. Belgorod, the fist submarine capable of fully performing the deployment, will be ready either this or the next year. So the system will be able to start its work, even though not at its full capacity, the next year. Considering the timelines of the construction of the service facility near Severomorsk and also the delivery of Khabarovsk submarine, it can be assumed that the system will be able to work at full capacity by 2020,” Boltenkov said.

Izvestia reports that the construction of the production line for mass manufacturing of the underwater modules has been started by the Russia’s Agency for Special Construction. The facility will be located in Okolnaya Bay near the city of Severomrsk on the Barents Sea.

The agency is also reportedly working on the construction of the Harmony’s central command post at the town of Belushya Guba located in Novaya Zemlya district of Arkhangelsk Oblast.

The main designer of the system is a special purpose space system corporation, Kometa, which is a part of Almaz-Antey concern.