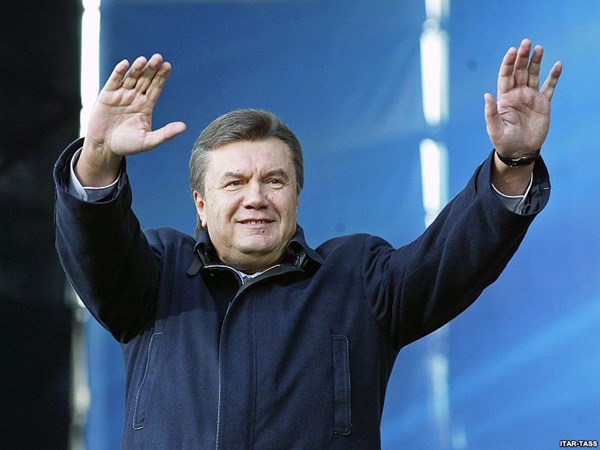 Former Ukrainian President Viktor Yanukovych and his associates may have been involved in the theft of nearly $7.5 billion in state funds. This, according to the Ukrayinska Pravda newspaper, was stated in the report by the State Financial Monitoring Service of Ukraine.

“According to these materials (for the entire period of investigation), the amount of financial transactions that may be related to the legalization of proceeds from criminal activity and may be also associated with other crimes, amounts to UAH 199.4 billion [$7.5 billion].”

The department pointed out that, in 2016, Ukrainian financial intelligence has sent 65 pieces of evidence to law enforcement agencies “concerning the financial transactions carried out with the participation of the former president of Ukraine, Viktor F. Yanukovych, his relatives and former government officials.”

“The total sum of financial transactions ... upon these materials is UAH 115.24 million [$4.2 million],” says the statement.

It is stated that, during the entire period of investigation (March 2014 – August 2016), 461 documents were submitted to Ukrainian law enforcement agencies. The sum of the financial transactions indicated in these materials is $7.5 billion.

On August 17, Yanukovych’s lawyer, Vitaliy Serdyuk, said that his client required a meeting via videoconference with the current head of state, Petro Poroshenko, and other politicians including former Prime Minister Arseniy Yatsenyuk; Chairman of the Verkhovna Rada Andriy Parubiy; the mayor of Kiev, Vitali Klitschko; and Secretary of the National Security and Defense Council of Ukraine Oleksandr Turchynov.

The ex-president fled Ukraine in February 2014 during the mass protests in Independence Square (Maidan Nezalezhnosti), where participants demanded his resignation.