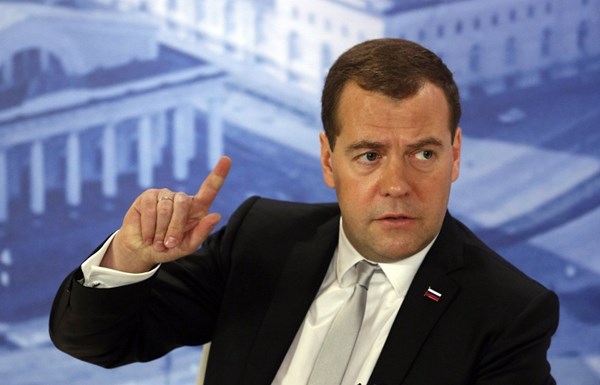 The Prime Minister of Russia, Dmitry Medvedev, warned against any ground operations in Syria because, according to him, it could lead to the beginning of a new global war. The head of the Russian Government made this statement in his interview with the German newspaper Handelsblatt on the eve of the Munich Security Conference.

“As a rule, all ground operations lead to permanent warfare. Look what is going on in Afghanistan and a number of other countries. I didn’t even mention poor Libya,” Medvedev said, commenting on recent statements by Saudi Arabia about its readiness to send Special Forces to Syria. According to the Prime Minister of Russia, ground operations bring all participants to war.

“Americans, the U.S. President and our Arabic partners should consider - do they want a permanent war? Do they think that they will win it fast? It doesn't happen, especially in the Arab world. Everyone fights against everyone there,” Medvedev said. According to him, such a war can drag out for years and even decades.

“It is necessary to apply harsh measures, which are being undertaken by Russia, and by the Americans, and even, despite all their reservations, by the Turks, to make everybody sit down at the negotiating table, instead of starting another war,” Medvedev said. “We know perfectly well under what scenarios all these events are taking place,” the Prime Minister of Russia concluded.

Last week, the Saudi Minister of Foreign Affairs, Adel Al-Jubeir, stated that the Kingdom of Saudi Arabia is ready to deploy armed Special Forces units to Syria. “The discussion on the issue of holding a ground operation against the Islamic State by the Coalition led by the US is ongoing. Saudi Arabia expressed its readiness to provide its Special Forces if such an operation is approved,” the Saudi Minister of Foreign Affairs said.