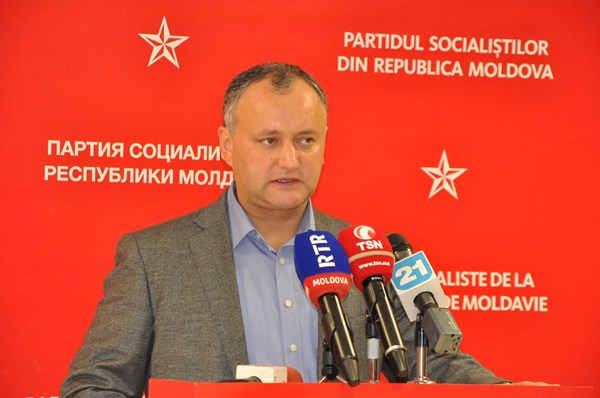 Moldova’s Socialist Party presidential candidate, Igor Dodon, stated that the Crimea is de-facto part of Russia. However, Dodon didn’t provide a clear answer to whether he will agree to recognize it in the event of his election as President, Radio Svoboda reported.

“There is excessive speculation on this issue. The Crimea is de-facto currently a part of Russia. Legally, this fact hasn’t been recognized by the West and the majority of countries. I don’t know whether it will be recognized in the foreseeable future. What will Igor Dodon do, recognize the annexation or not? There are too many risks here. We have Transnistria. I don’t think that we can afford to make any mistakes in this direction without causing problems with Transnistria. However, by default, the Crimea is currently a part of the Russian Federation. Legally, this fact hasn’t been recognized by anybody, including the Republic of Moldova,” Dodon stated on November 1 in his interview with Radio Europe Liberă.

Igor Dodon, a 41-year-old economist, is seeking to change the course of the country regarding European integration as detailed in the EU Association Agreement, which was signed in 2014. Maia Sandu wants to implement the reforms provided by the Chișinău-Brussels Association Agreement and stated that Moldova needs to strengthen its chances of obtaining EU membership.

The elections on October 30 were the first direct presidential elections in Moldova to be held in the past 20 years. They have already been deemed a mandate for the course of the country, particularly regarding the integration of Moldova with the European Union or rapprochement with Russia.