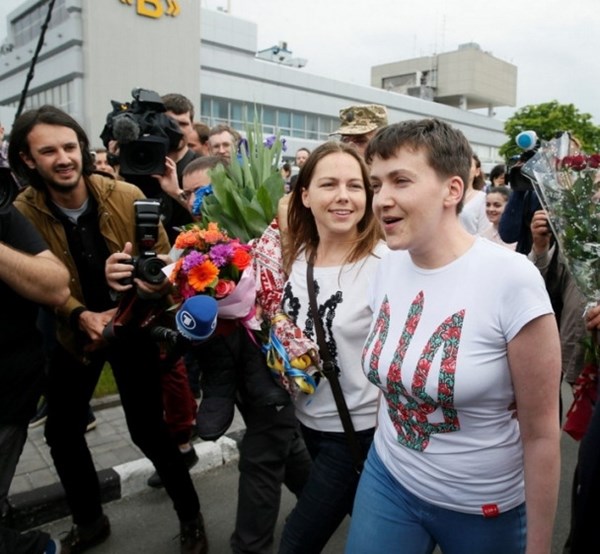 “I am free,” Savchenko told a crowd in Kiev when she arrived at the airport.

"The presidential plane with Hero of Ukraine Nadiya Savchenko has landed!" Poroshenko wrote on Twitter.

Two Russians who were held in Ukraine, Yevgeny Yerofeyev and Alexander Alexandrov, were exchanged for Savchenko, and were earlier flown from Kiev to Moscow.

In March a Russian court found Savchenko guilty of complicity in the killing of two Russian journalists and sentenced her to 22 years in prison.