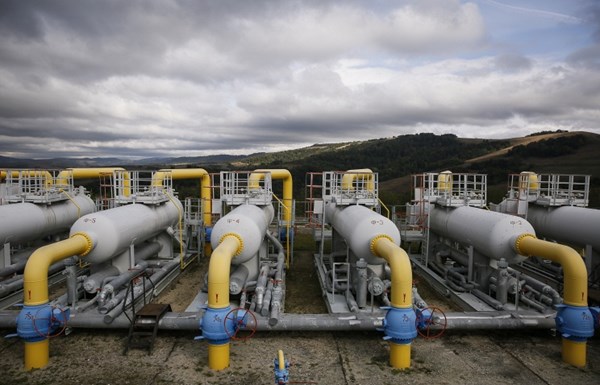 The agreement  on the supplement contract between Naftogaz of Ukraine and Russia’s Gazprom could not be reached by the tripartite group with the participation of the representatives of the  European Commission, as stated by the head of Naftogaz, Andriy Kobolev, Interfax-Ukraine reported.

"Unfortunately, the agreement could not be reached today. We hope that this can be done in future, but today we were not able to sign the supplementary agreement. Without it, the purchase of Russian gas under contract between Naftogaz and Gazprom is impossible", he announced.

Currently, the price of gas set by the contact between Russian Gazprom and Naftogaz of Ukraine is $178-183 per one thousand cubic meters, and starting from the first quarter of 2017, it will increase to $200-210 for 1,000 cubic meters.

Earlier, Russian media reported that while negotiating the gas contract, Moscow intended to demand reciprocal concessions, for example, Kyiv’s refusal from antimonopoly fine in the amount of  $6.4 billion, imposed on Gazprom.

The hearing on Naftogaz of Ukraine’s suit against Russian Gazprom regarding the gas transit contract have recently completed in Stockholm.

Naftogaz has submitted two claims to Stockholm arbitration court: one is on the contract of purchase and sale of gas and the other one on the conditions of its transit through Ukraine. The Ukrainian company demanded a  compensation from Gazprom for a total of more than $26.6 billion. The total reciprocal claim of Russia’s Gazprom against Naftogaz constitutes $38.7 billion.