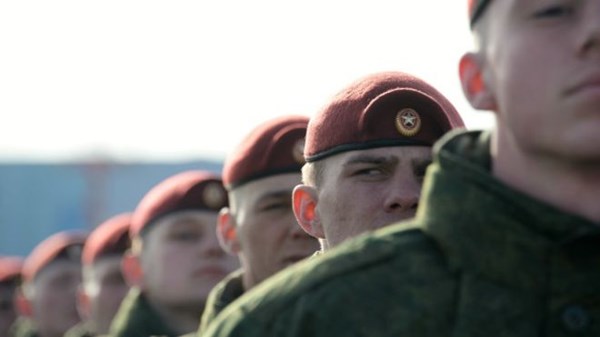 One of the victims of the mass persecution of homosexuals in Chechnya was a serviceman of National Guard of the Russian Federation (Rosgvardia), as reported by Novaya Gazeta citing unnamed sources.

"We provided new information to the investigation in order to verify the four victims who were residents of Chechnya. Three of whom, according to our information, were killed in on the suspicion of homosexual orientation (among them - an employee of the National Guard)," the report says.

According to the newspaper, the fourth person on the list, a resident of Chechnya, was detained in connection with suspicion of extremism and killed. His extrajudicial execution took place when the investigation was already well under way in the republic.

In addition, Russian journalists learned that not only Chechen citizens but also Russian citizens became victims of the anti-gay campaign in Chechnya. "We are aware of the fate of a resident of Izhevsk, who was in Chechnya in late February-early March and was also detained, put in one of the secret prisons, then released ... However, this person was eventually found and killed in Russia," the publication says.

According to the newspaper, the decision to refuse to initiate a criminal investigation into the persecution of gays will be issued in the near future, but it will be canceled and the verification will continue. As part of the preliminary investigation, information about detentions, as well as the torture and killing of individuals is being examined, as well as public threats made against Novaya Gazeta journalists.

The newspaper writes that in Chechnya pressure is now being exerted on the relatives of gays who fled the republic. Police officers have forced them to write statements that their sons or brothers left "to work in Moscow at the end of February," and they have no complaints about the actions of the authorities. Journalists claim that they have audio recordings of one of these demands made by the police.

In addition, the Russian LGBT Network began receiving calls from gay men who were released from secret prisons in early May, after the start of the preliminary investigation. The newspaper also has information about the cooperation of some Chechen policemen with the investigation. They provided lists of detainees to the investigators.

Novaya Gazeta first reported on the massive persecution of gays in Chechnya in early April. According to the newspaper, over 100 people were detained in the republic, and dozens have been killed.

The Chechen leadership denies the accusations of murdering gay detainees and said that there are no gays in the republic on principle. The investigation officially stated that so far the information provided by Novaya Gazeta has not been confirmed.

The LGBT Network reported the relocation of more than 40 gay men out of Chechnya, some of whom have already left Russia.

On May 19th the European Parliament called on Chechnya to stop the persecution of gays.