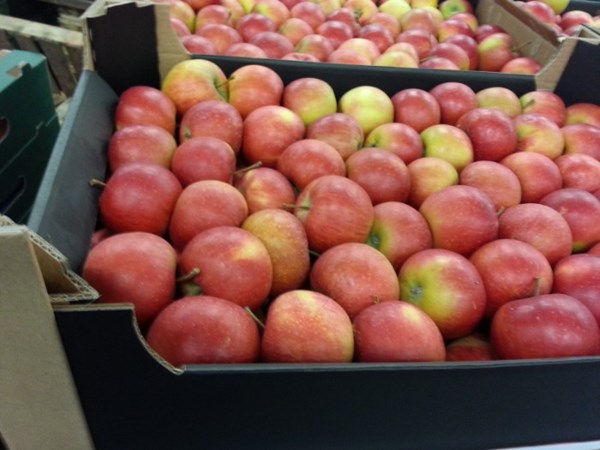 According to Russian authorities, on the federal highway between Moscow and Crimea, 1,450 boxes of apples weighing over 20 tons were found during an inspection of a vehicle coming from Belarus to Voronezh. “During the visual inspection of the regulated products, marked ‘Country of Origin – Poland’ was found,” the statement read.

Products that are not permitted for entry into the Russian Federation were confiscated at the Tula training site.

Destruction of contraband is in accordance with the Russian President’s decree “On special measures to ensure the national security of the Russian Federation” signed on 29th of July, 2015. According to the document, as of August 6th, 2015, agricultural products produced in countries that support economic sanctions against Russia are not permitted into the RF and will be confiscated and destroyed.

In early February, Radio Poland reported that fruits and vegetables which remained in Poland due to the Russian embargo are given to those in need.

Since November  of last year, Polish farmers have redistributed 237 tons apples, 4 tons of pears, tomatoes, cucumbers and peppers to those in need. The food embargo against products from the US, EU countries, Australia, Norway and Canada has been in effect since August 7th, 2014.

Since August 13th, 2015 Albania, Montenegro, Iceland and Liechtenstein have been added to the list of the countries that support sanctions against Russia, and Ukraine was added on the 1st of January 2016.