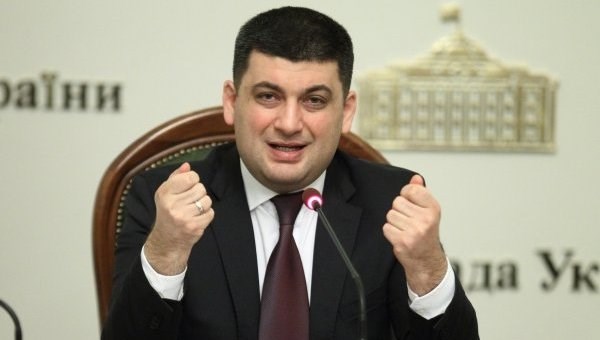 During an assembly of the Petro Poroshenko Bloc party, a decision was made to support the resignation of the current Prime Minister and the Cabinet and nominate Vladimir Groisman for Prime Minister of Ukraine.

At a meeting of the Petro Poroshenko Bloc political party "Solidarity" on the 25th of March, it was decided to nominate the speaker of the Verkhovna Rada of Ukraine, Vladimir Groisman, for the post of Prime Minister. Delegates of the congress supported the proposal of the leader of the party, Yury Lutsenko, and voted in favor of the resolution on "overcoming the governmental crisis. The PPB "insists on the resignation of the entire Cabinet of Ministers of Ukraine.”

The main criterion for the formation of a new Government should not be party affiliation but professionalism and a focus on results," as reads the document published on the party’s Facebook page. The Government was also criticized for slowing down reforms, the collapse of the coalition and a loss of public trust.

The congress of the President’s party also used the provisions of a law approved in February which was described by media as "the law on party dictatorship."

Thirteen persons have been removed from the pre-election list, in particular, Andrey Bogdan, the lawyer of Gennady Korban. It was decided to terminate the mandates of Deputies Nikolai Tomenko and Yegor Firsov who left the faction.