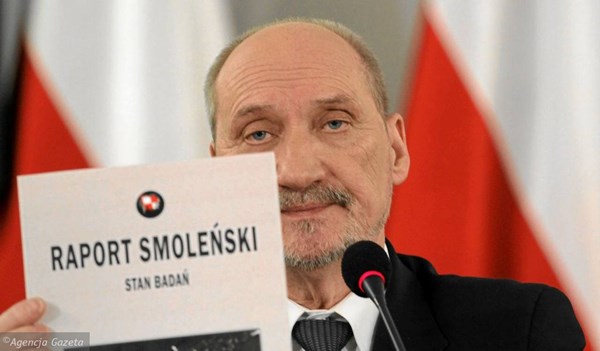 Poland has resumed the investigation of the Tu-154 plane crash that occurred near Smolensk in April of 2010 that killed Polish President Lech Kaczynski.  This was announced on the 4th of February by the Minister of Defense of Poland, Antoni Macierewicz.  The commission that will execute the investigation will consist of 12 people, and will include engineers and technical experts, some of whom are from abroad.  “I am sure that the work will bring us closer to the truth,” Macierewicz said.

According to him, during his previous investigation, there were concealed facts indicating “the responsibility of Russia,” reports the AR agency.  In 2015, prior to the change of government in Poland, Macierewicz headed a parliamentary commission that was in charge of investigating the cause of the crash.  The investigation tried to prove that there was an explosion on board, the DPA reported.

The Tu-154 airplane carried the former President of Poland, Lech Kaczynski, and other senior civilian and military officials on board.  The plane crashed on the 10th of April 2010 while landing near Smolensk on its way to Katyn, where the Polish delgation travelled in order to hold a memorial for the Polish officers who were killed at the hands of the Soviet NKVD in 1940, an event known as the Katyn Massacre.  The plane crash took the lives of 96 people.