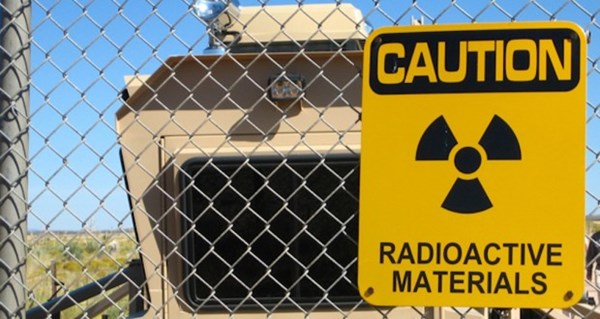 Deputy Defence Minister, Tomasz Szatkowski, stated that Poland’s Ministry of National Defense will request that the US place nuclear weapons in the country to aid its self-defense. The corresponding request will be made through NATO’s so-called Nuclear Sharing program, which allows non-nuclear alliance members to request nuclear weapons from other NATO countries. A military official explained that the final decision on the request hasn’t been made yet and it is currently being discussed at the ministry level. According to Polish media, Szatkowski noted that it will be the first time in the country’s history that Warsaw will take advantage of NATO Nuclear Sharing program.  Belgium, Germany, Italy, the Netherlands and Turkey are current participants in this program. Nuclear weapons, which can only be used in agreement with the US, are deployed on the territory of all these countries.
Currently, there are three nuclear-capable countries in the Organization out of 28 states: Great Britain, France, and the US. However, according to the rules of the alliance, only the US has the right to share nuclear weapons with allies according to the abovementioned program. Less than two weeks ago, it became known that Poland intends to annul the 1997 Russia-NATO Founding Act on Mutual Relations, Cooperation and Security. By doing so, Poland seeks the creation of permanent NATO bases on Polish territory, which is prohibited by the 1997 agreement.
On September 24th, the lower house of the Poland’s Parliament almost unanimously ratified an agreement allowing the presence of an American rocket launching station on Polish territory, which would contribute the strengthening of the Missile Defense System (MDS) in the northern part of the country.  The President of Poland, Andrzej Duda, called on NATO to create new military bases in Eastern Europe. The ground-based MDS houses SM-3 Block IB interceptor missiles, which are able to defend against Russian intercontinental ballistic missiles (IBS).

Russian military aggression along the frontiers in Georgia and Ukraine over the last 7 years has led to the reemergence of Russia as a geopolitical adversary vis-à-vis NATO.  This has contributed significantly to the build-up of Poland’s military which is aimed at strengthening the country’s defensive and offensive capabilities.
It is clear that Warsaw, as a young European military-economic “tiger”, has taken on the role of the driving force of European defense, taking the reins from the aging European “pandas” such as France and Germany. It is also worth noting that the current Polish leaders were elected to office in the wake of the anti-Russian sentiment that engulfed the country following the Kremlin’s annexation of the Crimea in 2014, though anti-Russian views have been prevalent in the country since the Soviet era.

Indeed, Polish politicians were among the few states who demanded a revision of the good-neighbor policy between Moscow and the West as early as 2008 following Russia’s invasion of Georgia.
According to Wikileaks, seven years ago, immediately following the war between Russia and Georgia, Poland demanded that the US take measures to prevent a possible annexation of Ukraine by the Russian Army. An American diplomat was aware of the politicians’ reactions to Moscow’s aggression, including the then Minister of Foreign Affairs of Poland, Radosław Sikorski.
“Sikorski complained that the Alliance had turned into a political club ‘without teeth’, and warned that Poland would not ignore the renewal of the Georgian script in Ukraine”, the document stated. Even former Polish Prime Minister Donald Tusk asked “do you understand why we need Patriot rockets and further security assurances?” immediately following Russia’s invasion of Georgia.

The European Union and the US, preoccupied with economic crises, first needed Putin to violate international laws concerning the inadmissibility of the annexation of foreign territories in order to accept the position of Poland. Now, when the forecasts of Polish politicians came true with terrifying precision, Washington decided build up the military capacity of the country which has taken the role of defense leader on the European continent.
Not all EU governments are on board. Germany is against placing permanent NATO bases in Poland. However, the infantile shouts of Berlin and Paris have been increasingly overshadowed by the decisive growl of the Warsaw hawks.

If the White House does indeed support the initiative of placing nuclear weapons on Polish territory, it will be a turning point in European history. The impact of such a decision will be felt far beyond the borders of Europe.
It can be expected that Putin’s rhetoric in the spirit of nuclear blackmail, which has decreased significantly over the past few months, will soon fade away entirely. Eastern Europe and the Baltic States will be able to breathe easier knowing that there is a country in the EU which is able to offer real protection in diplomatic negotiations in the style of Minsk 2.