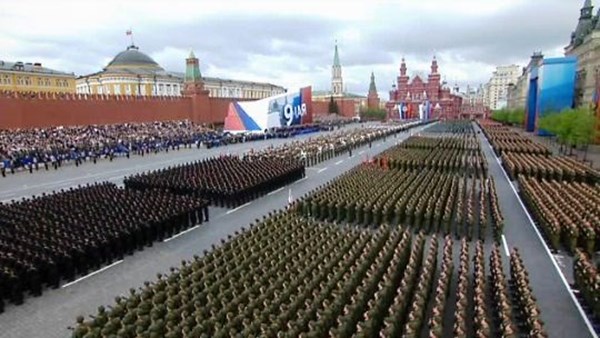 Polish Minister of National Defense Antoni Macierewicz said that the Polish delegation will not take part in the celebration of Victory Day, which will be held on May 9 in Moscow. According to the newspaper Gazeta Polska Codziennie, the Czech Republic, Slovakia and Lithuania have also decided not to attend.

"All the celebrations associated with Victory Day will take place in Poland," the Polish Ministry of Defense announced.

A spokesperson for the Ministry of Defense of Slovakia, in a conversation with the Polish newspaper, said that the Slovak delegation does not intend to go to Moscow on May 9 and all the celebrations on the occasion of Victory Day will be held in Slovakia.

According to the press-secretary of the Ministry of Defense of the Czech Republic, the festivities on the occasion of the 71st anniversary of the end of World War II will be held on May 8 and 9 in Brno and Prague.

Lithuanian Foreign Minister Linas Linkevičius, in turn, said that the Lithuanian delegation also does not intend to go to Moscow, "I don't think that now, when we have witnessed Russian aggression against Ukraine, we should take part in military parades. This is not a good way to pay tribute to the victims of World War II."

Meanwhile, earlier, Kremlin aide Yury Ushakov said that invitations had not been issued to the leaders of these countries to attend the Victory Day parade in Moscow, but foreign guests will be present.

"There will be foreigners, though the President's invitations weren't sent," he said.