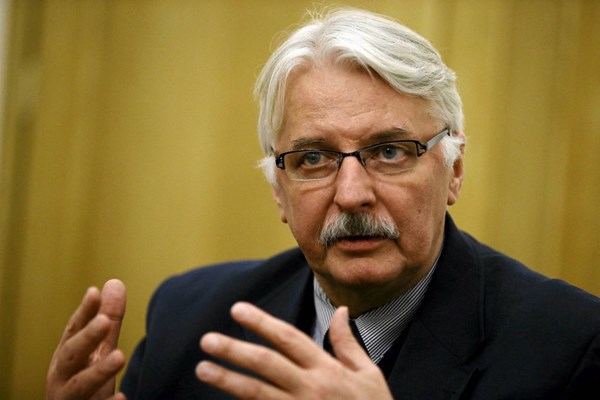 Polish Foreign Minister Witold Waszczykowski believes that Russia’s deployment of Iskander missile systems in the Kaliningrad region is an unreasonable and absolutely disproportionate response to the strengthening of the eastern NATO flank. He stated this opinion during a meeting with his Belarusian colleague Vladimir Makei in Warsaw, TVN24 reported.

“We see no grounds for such strengthening of the Kaliningrad garrison,” Waszczykowski said when commenting on the deployment of Iskander ballistic missiles in the Kaliningrad region.

The Polish foreign minister noted that the deployment is an inappropriate reaction to NATO’s actions in the region.

“We believe that the deployment of rockets in Kaliningrad is an absolutely disproportionate reaction to  the activities of the North Atlantic Alliance,” he stated.

He stressed that “the Alliance, and even Poland or the Baltic States, have no aggressive intentions regarding Russia.”

“In this regard we see no grounds for strengthening the garrison in the Kaliningrad region by deploying offensive types of weapons like the Iskander missile systems with a range of 600 km, and it means that a significant part of Polish territory is in the rocket’s range,” he stated.

As was reported by Estonian media on October 7, under the guise of logistic exercises, the Russian Baltic Fleet transferred Iskander missile systems in the Kaliningrad region.

On October 8, Reuters confirmed that Russia transferred Iskander complexes, citing a representative from US intelligence.