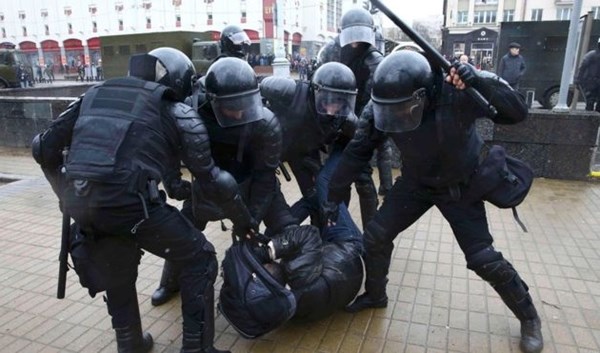 President of Poland Andrzej Duda is disappointed with the reaction of Belarusian authorities toward participants of a protest rally held on Freedom Day, March 25th.

He said this at a meeting with the presidents of Slovenia and Bosnia and Herzegovina, as reported by Onet, with reference to Polish Press Agency.

“I watched with great disappointment how the Belarusian authorities dealt with the protesters,” Duda said.

He also said that he is concerned about the detention of Polish citizens in Minsk.

“I’m not hiding the fact that it worries me. I am also disappointed because I had hoped that President Lukashenko would change his policy, especially because there were signs that gave hope of that this year,” added Duda.

The President of Poland expressed hope that Belarus would conform more closely to standards established by the EU with regard to the relationship between authorities and protesters.

Earlier, the Ministry of Foreign Affairs of Poland expressed its concern over how the Belarusian authorities broke up a peaceful protest in Minsk on March 25, 2017.