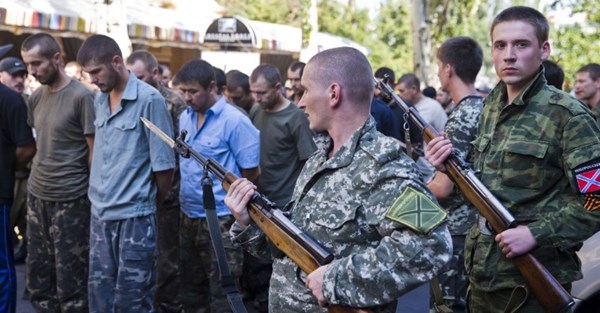 "Just now Irina Herashchenko reported that three more Ukrainian heroes were freed from captivity by the militants. Glory to Ukraine!”  the President wrote.

Shortly after Poroshenko's announcement, a fourth Ukrainian serviceman was released.

As RIA Novosti reported, the authorities in Kiev released five separatists and a priest in exchange for the Ukrainian POWs.

According to a representative of the so-called Donetsk People’s Republic, the preparations for the exchange of prisoners had been in the works for quite some time, and had been discussed over the last four meetings of the Trilateral Contact Group on Ukraine.

Earlier this week, the Commissioner of the Ukrainian President for the peaceful settlement of the situation in Donetsk and Lugansk regions and Ukraine’s representative to the humanitarian subgroup of the Trilateral Contact Group, Iryna Herashchenko, stated that 127 Ukrainians are held captive by pro-Russian separatists. After Saturday’s prisoner exchange, that number stands at 123.