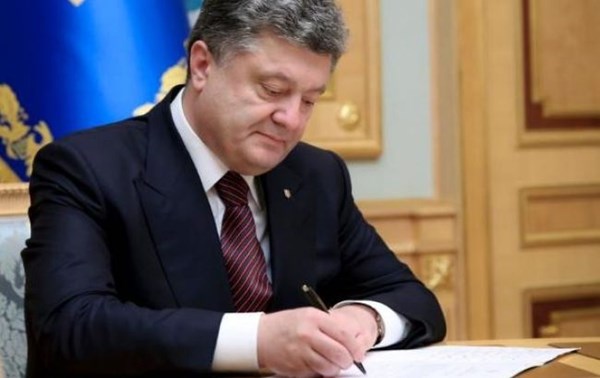 Russian officer, Vladimir Starkov, detained in the Donetsk region in July, was exchanged for the Ukrainian soldier, Andrey Grechanov, who has been detained by DNR (Donetsk People’s Republic) separatists. Ukrainian President, Petro Poroshenko, signed a decree to pardon Russian Major, Vladimir Starkov, sentenced to 14 years in prison for participation in hostilities against Ukraine. This was reported on the first of December in the statement published on the Ukrainian President’s website.

The statement notes that the Russian officer was exchanged for a soldier of the Ukrainian army, namely Andrey Grechanov, who has been detained by separatists of the self-proclaimed DNR (Donetsk People’s Republic). Andrey Grechanov, served as Chief of the Intelligence Department of the Airborne Assault Division of Ukraine’s armed forces. He participated in the fight for Donetsk airport under code name “Rahman.” Poroshenko also noted that the process of releasing him was very difficult.

Starkov admitted that he is a Russian Major

Vladimir Starkov was arrested at the checkpoint “Berezovoye” in the Donetsk region on the night of 26 July. According to the Ukrainian authorities, munitions—which were destined for Donbas separatists—were found in the KamAZ he was driving. According to the statement fromthe Security Service of Ukraine (SSU), Vladimir Starkov, almost immediately after his detention, admitted that he is indeed a professional soldier of the Russian Federation.

DNR Representatives called his detention a performance. Russian authorities have refused to comment on the Major’s detention. On September 25, Vladimir Starikov was found guilty of aggressive warfare against Ukraine and following the orders of the Russian Chief of General Staff. He was sentenced to 14 years in prison with confiscation of property.