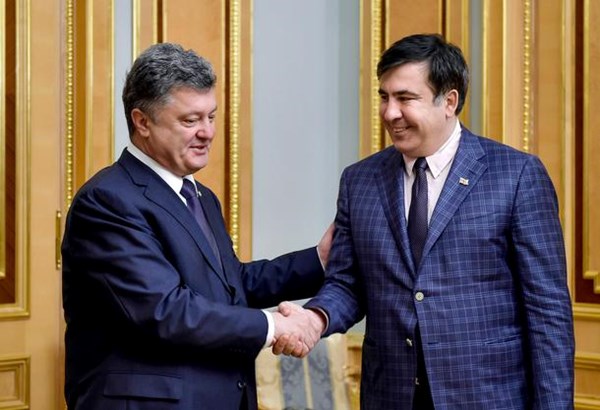 The Press Secretary of the President of Ukraine, Svyatoslav Tsegolko, wrote on Facebook that reports of Mikheil Saakashvili's dismissal as Governor of the Odessa region are untrue.

"The President had a telephone conversation with Mikheil Saakashvili about the future projects of the development of Odessa region. All 'messages' on the resignation of the Head of the Odessa Regional State Administration are not true," he wrote.

Earlier, Saakashvili’s advisor, the former Consul General of Georgia in Ukraine, Teimuraz Nishnianidze, stated that the rumors about the Governor’s resignation are fiction.

Previously it was reported by mass media that Poroshenko signed a decree about dismissing Saakashvili as the Head of Odessa Region.