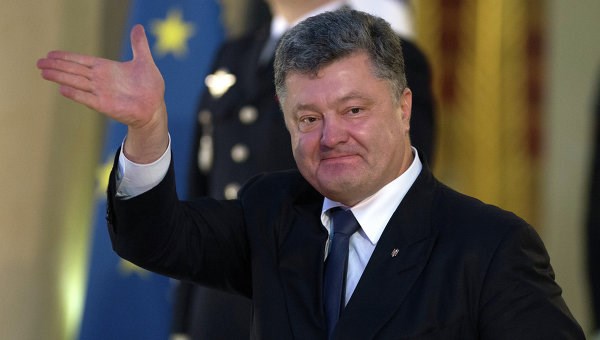 Ukrainian President Petro Poroshenko met with Ukrainians Volodymyr Zhemchugov and Yuriy Suprun, who were newly released from captivity. Channel 112 Ukraine broadcasted the event. Poroshenko announced that it was his negotiations with Russian President Putin that got them released.

"Today after many months of an amazing amount of work, including my own negotiations with Putin, two very significant Ukrainian heroes have returned, Volodymyr Zhemchugov and Yuriy Suprun. Volodymyr Zhemchugov is a true hero, a person who was constantly pressured by the thought that Ukraine forgot about him, that nobody fought for him. I would like the whole world to hear: we don’t leave our people behind. Volodymyr believe in it, didn’t let himself be used, and he was strongly convinced that were doing everything possible for this day to come,” Poroshenko said.

The President also said that Yuriy Suprun was the head of security during his visit to Iraq. "Today we remembered, when I flew to Iraq, where we were without security and went to put flowers on the place of death of the Ukrainian journalist Taras, the head of security was Yuriy. Now it turns out that I will meet him with great honor in Ukraine.”

“Yuriy was and still is a member of an international organization and the expectations were simple. Neither the mandate of the UN, nor the mandate of the OSCE could have protected them if they were threatened with capture but neither Volodymyr nor Yuriy would give up,” the Poroshenko said.