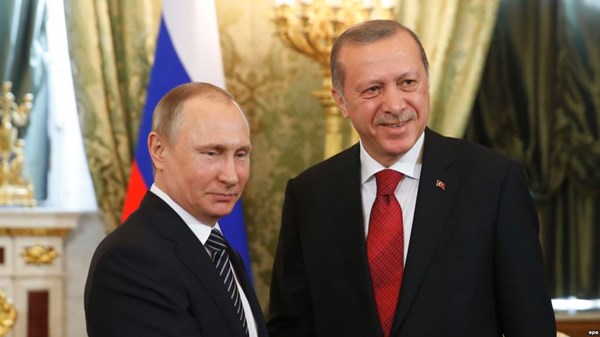 During the meeting in Sochi on Wednesday, May 3, Russian President Vladimir Putin and Turkish President Recep Tayyip Erdogan agreed to lift virtually all mutual trade restrictions.

The only exception was the ban on the import of Turkish tomatoes in Russia. According to Putin, this will be lifted once Russian producers recover the investments caused by the closing of the market.

Putin emphasized that he and Erdogan had achieved an agreement regarding the “complex resolution of all the problems related to the restrictions”. He also said that Russian-Turkish relations are “acquiring a special character, a special status and are being fully restored”.

Erdogan, pointing out at the increasing contacts between representatives of both countries, expressed satisfaction in the condition of the interstate relations.

He also spoke in favor of a safe zone being created in Syria. According to him, such zones would be “key” for stopping the bloodshed. Vladimir Putin agreed with Erdogan that the creation of safe zones should result in a strengthening of the ceasefire.

Russia introduced sanctions against Turkey at the end of 2015, after the Turkish air force shot down a Russian bomber in Syria. The sanctions primarily affected agricultural products, raw produce and foodstuff.