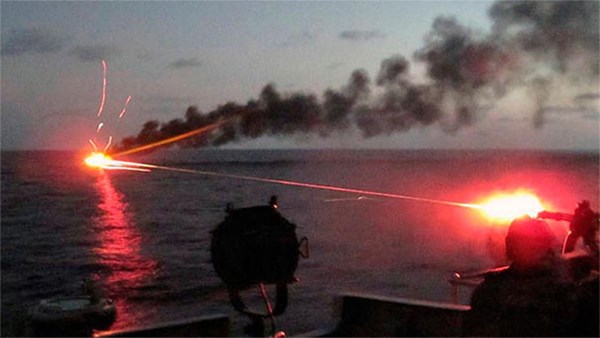 Russian President Vladimir Putin indicated that Russia, along with other countries, is developing promising weapons based on hypersonic and laser technologies.

"Today, in the 21st century, in order to strengthen their military potential, leading countries around the world are actively using the most modern technology and the latest achievements of science for the development of their arms – including lasers, hyper sound and robotics," Putin said at a meeting with the leadership of the Armed Forces of Russia, Russia's Interfax news agency reports.

According to Putin, the most attention is being given to the development of arms based on new physical principles, which provide the ability of making a selective impact on critically important elements of weapons, equipment, and objects of a potential enemy’s infrastructure.

Earlier, the Deputy Minister of Defense of Russia, Yuriy Borisov, said that the Russian army had adopted "individual examples of laser weapons." According to him, "these are not exotic or experimental models, but functioning prototypes."

In 2015, the Deputy Commander of the Aerospace Defense troops, Kirill Makarov, said that laser weapons were being developed in the Russian Federation. According to him, Russia is not lagging behind the United States in this area.

Laser weapons are a directed energy weapon based on the use of the electromagnetic radiation of high-energy lasers.