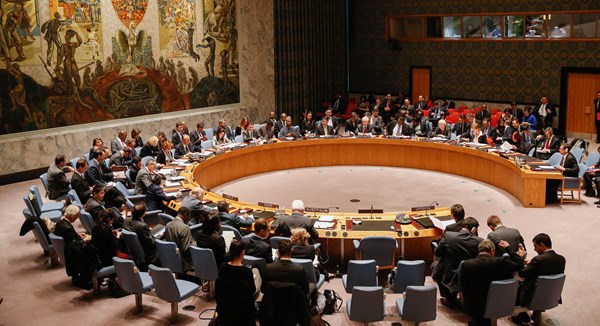 The UN Security Council, on Monday, December 5th, failed to adopt the resolution calling for a ceasefire in Aleppo, a city that is besieged by Syrian Army forces. The document was vetoed by China and Russia. According to Moscow, the West is using humanitarian issues as a pretext for promoting a political plan that will lead to a change of government in Damascus, Deutsche Welle reported.

The text of the resolution was proposed by Egypt, Spain, and New Zealand. They put forward the requirements to cease the hostilities in Aleppo and to provide access to the besieged areas of the city to humanitarian missions so as for them to provide immediate assistance to Aleppo’s residents.

Earlier, Russian Foreign Minister Sergey Lavrov said that the adoption of the document will allow the rebels controlling the city to strengthen their position and will complicate the taking of the city. "There are no doubts that the 10-day break of this kind would be used to regroup and replenish the forces and means by the extremists, and thus would make it more difficult to free eastern Aleppo from them," Lavrov said.

Meanwhile, the Syrian army is moving further inside the eastern Aleppo occupied by the rebels and jihadists. The UK-based Syrian Observatory for Human Rights (SOHR) reported that on December 5th, Assad’s forces took control of one more block in Aleppo. Currently, according to the group's estimates, the army captured more than 60 percent of the eastern part of the city.

Activists have reported fierce fighting with heavy artillery in areas still held by the rebels.

According to the UN Emergency Relief Coordinator, Jan Egeland, the humanitarian situation is catastrophic in the city, and its residents are absolutely defenseless. In November, the UN could not deliver practically any humanitarian aid to Aleppo. Only 8 percent of the residents of the besieged areas received food, medicine and drinking water. "The desperation reached its apogee. People are tired, hungry and lost all hope," Egeland said in Geneva on December 1st.

A day earlier, the UN Under-Secretary-General for Humanitarian Affairs, Stephen O'Brien, at the emergency meeting of the Security Council said that if no immediate measures are implemented, then territory of Aleppo where the fighting is happening could become a "giant cemetery." According to the UN Special Envoy for Syria, Staffan de Mistura, due to the increased air strikes "humanitarian tragedy" is unfolding in eastern Aleppo, and the situation is deteriorating.