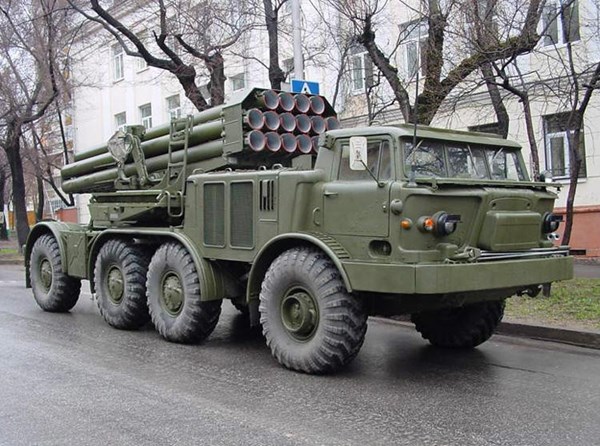 Russia’s TASS news agency reports that the Russian 201st military base in Tajikistan has been reinforced by a division of Uragan (Hurricane) multiple launcher systems (MLRS), as reported by the commander of the Central Military District, Colonel General Vladimir Zarudnitsky.

"The combat capabilities of the 201 military base have been reinforced by a high-capacity division equipped with Uragan MLRS," said the commander.

He clarified that the size of the compound remained within the framework of international agreements.

The BM-27 Uragan is capable of launching 220 mm rockets from 16 launch tubes and has a firing range of up to 35 km. It is able to operate in a complex mountainous terrain and has a high maneuverability and rapid deployment capabilities.

Russian 201st military base is the largest Russian military facility outside of Russia’s borders. The base is located in the cities of Dushanbe and Kurgan-Tyube. According to the agreement signed in October 2012, the base will be in Tajikistan until the year 2042.