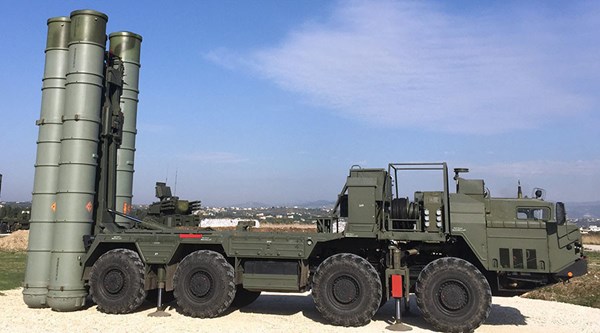 Russian military showed its S-400 Triumf and Pantsir-S anti-aircraft systems as a part of an open door event “Contract military service-Your choice” organized by the Russian Ministry of Defense.

“On Saturday, in Kerch, the guests of the event “Contract military service - Your choice” were presented with the equipment used by the Southern military district including S-400 and Pantsir-S anti-aircraft complexes as well as radar systems used by the military in the Crimea,” the press service of the Russian Ministry of Defense reported.

According to Russia’s Ministry of Defense about 5000 residents of the Crimea visited the event.

Russia’s Interfax news agency reported that Russian army forces in the Crimea have been recently reinforced with the air defense regiment equipped with S-400 Triumf  systems. The regiment is stationed in the Crimean city of Feodosia.