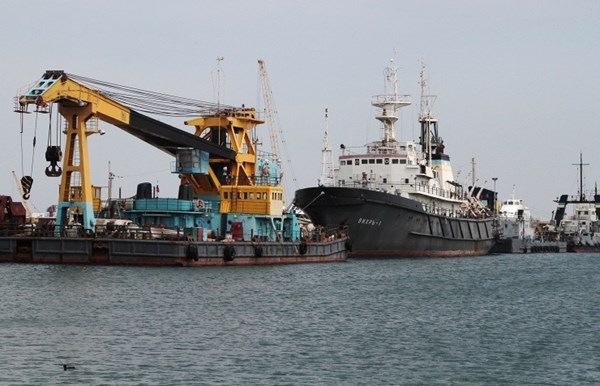 A Russian FSB ship has been tasked with ensuring the safety of the drilling rig "Tavrida" to protect "the economic interests of the Russian Federation." On Tuesday, December 15, the Border Service of the FSB in annexed Crimea sent a patrol ship, the "Amethyst," to protect from Ukrainian Navy the drilling rig "Chernomorneftegaz,” as reported by the Press Service of the Ministry.

On the morning of December 15, the ship of the State Border Guard Service of Ukraine came to the floating drilling rig "Tavrida." The commander demanded information on the crew and the purpose of drilling in this area of the Black Sea. In addition, the Ukrainian ship took photos and video of the objects of "Chernomorneftegaz" on the Golitsyn gas condensate field, according to the Agency.

On December 14th, two self-elevating, floating drilling rigs belonging to "Chernomorneftegaz," from the self-proclaimed Republic of Crimea, were towed from the Odessa Gas Deposit to the territorial waters of Russia under military guard, "Due to an increased terrorist threat." However, as reported by the "Kommersant" newspaper, the urgent transportation of the drilling rigs was a result of the risk of imminent arrest by the "Naftogaz of Ukraine."