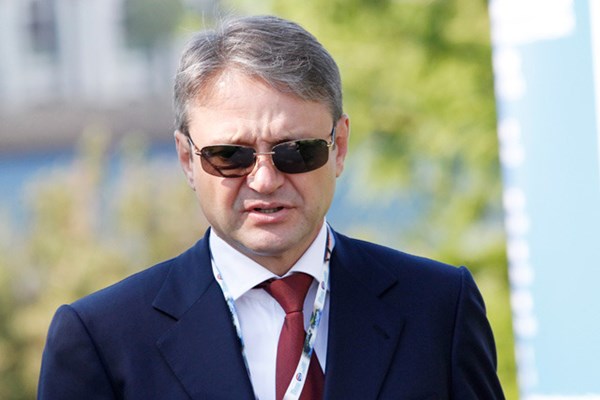 The Russian Minister of Agriculture was denied a German visa. Alexander Tkachev, who was going to visit the agricultural exhibition in Berlin, was denied an entry visa because at the time of his request, he was listed on an EU sanctions list. As a result, the Ministry said that Russia no longer considers it possible for them to participate in the event.

"Russia was going to take part in the World Food and Agricultural Exhibition at Green Week 2016, but due to the fact that the German Foreign Ministry refused to issue a visa to Minister Alexander Tkachev, upon his arrival in Berlin as he is included in the EU sanctions list, it automatically made it impossible for the Russian delegation to participate in the Forum; especially given the fact that during the exhibition there are international, multilateral activities scheduled for foreign ministers, including the global agricultural forum and a meeting of all the participating Ministers of Agriculture," the Ministry said on Friday.

Europe's largest agricultural fair, Green Week, receives hundreds of thousands of visitors each year. This year the event will be held without Russia's participation for the first time in almost 23 years. From the 15th to the 24th of January, goods, animals and equipment will be exhibited by hundreds of companies and enterprises. In 2015, the exhibition has registered more than 1,700 participants from 68 countries, and according to organizers, was visited by 415,000 people.

Russia took part in Green Week 22 times and was to occupy the largest hall in Messe Berlin, about 6,000 square meters. In each of these previous years the Russian delegation was led by the Minister of Agriculture.

Meanwhile, as Tkachev stated earlier in an interview with Interfax, the Ministry currently aims at opening a path to the Asian markets, so in 2016, instead of participating in Green Week, they plan to attend GulFood (Dubai), SIAL (Paris), and SIAL (Shanghai).